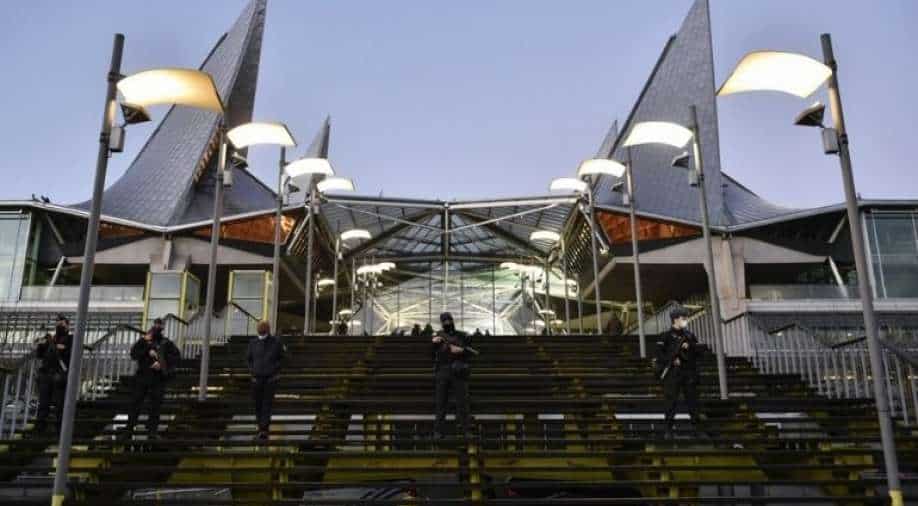 Belgian police officers stand guard at the entrance of the Antwerp courthouse during the trial of four suspects including an Iranian diplomat accused of taking part in a plot to bomb an opposition rally in France. Photograph:( AFP )

Assadollah Assadi was attached to the Iranian mission in Austria when he supplied explosives for an attack that was planned for a June 30, 2018 NCRI rally in France

In what could further poison already tense relations between Tehran and European capitals, a Belgian court convicted an Iranian diplomat on Thursday for plotting a thwarted 2018 bombing of an opposition rally outside Paris and ordered him to be jailed for 20 years.

The trial was conducted under tight security in the Belgian port of Antwerp. The terrorism conviction was also claimed as a victory by the exiled National Council of Resistance in Iran (NCRI), the opposition group that was targeted for attack.

Assadollah Assadi, now 49, was attached to the Iranian mission in Austria when he supplied explosives for an attack that was planned for a June 30, 2018 NCRI rally in France.

Belgian officers foiled the attack when they intercepted a car carrying the device, and Assadi was arrested the next day in Germany, where he was deemed unable to claim diplomatic immunity.

Three of his accomplices, dual Iranian-Belgians, were also arrested and on Thursday, they were given jail terms of between 15 and 18 years and stripped of their Belgian citizenship.

The case has shone a light on Tehran's international operations just as it hopes the arrival of new US President Joe Biden will herald a loosening of sanctions re-imposed by Trump.

Iran had warned even before the conviction that it would not recognise the trial or the verdict, denying any official role in the plot and insisting Assadi ought to have enjoyed immunity from prosecution. But investigators concluded that he was an Iranian agent working under diplomatic cover.