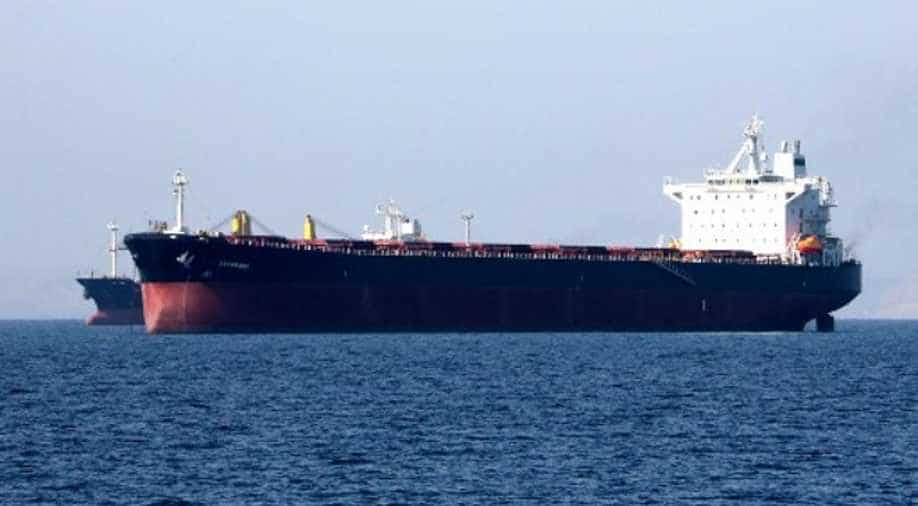 An oil tanker is pictured off the Iranian port city of Bandar Abbas, which is the main base of the Islamic republic's navy and has a strategic position on the Strait of Hormuzon April 30, 2019. Photograph:( AFP )

Global commodity trading has been rocked in recent months by the seizure of the British tanker and a series of attacks on international merchant vessels.

If Iran's oil exports are cut to zero, international waterways will not have the same security as before, Iranian President Hassan Rouhani said on Wednesday at a meeting with Supreme Leader Ayatollah Ali Khamenei, according to Khamenei's official website.

"World powers know that in the case that oil is completely sanctioned and Iran's oil exports are brought down to zero, international waterways can't have the same security as before," Rouhani said. "So unilateral pressure against Iran can't be to their advantage and won't guarantee their security in the region and the world."

Australia meanwhile said it would join the United States in a security mission to protect merchant vessels travelling through key Middle East waterways after Iran seized a British-flagged vessel.

Foremost among the areas to be patrolled is the Strait of Hormuz, between Oman and Iran, through which about one-fifth of the world's seaborne crude flows out of the Gulf.

Global commodity trading has been rocked in recent months by the seizure of the British tanker and a series of attacks on international merchant vessels that the US and Britain have blamed on Iran, though it denies involvement. Britain this month became the first US ally to announce its participation.

"This destabilising behaviour is a threat to Australia's interests in the region," Australian Prime Minister Scott Morrison told a news conference in Canberra. "Our contribution will be limited in scope and it will be time-bound."

Morrison said Australia would send a P-8A Poseidon surveillance plane to the Middle East for one month before the end of 2019, while an Australian frigate would be deployed for six months from January.

Australia is a staunch ally of the United States, which in recent months has urged partners to do more for global security.

Most European countries, which disagree with the US decision to reimpose sanctions on Iran, have been reluctant to sign up to the US-led mission for fear of adding to tension in the region.

President Donald Trump had withdrawn the US from a big-power deal in 2018 that had scrapped international sanctions in return for curbs on Iran's nuclear programme.