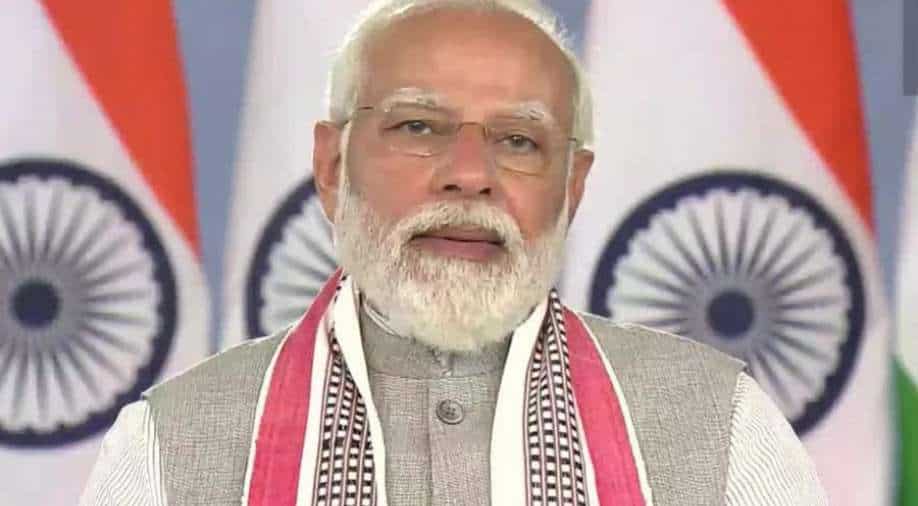 The meeting began with the participants expressing grief over the sad demise of Naveen Shekarappa Gyanagoudar, a medical student from Karnataka who died in Russian shelling in Kharkiv, Ukraine, on Tuesday

The meeting began with the participants expressing grief over the sad demise of Naveen Shekarappa Gyanagoudar, a medical student from Karnataka who died in Russian shelling in Kharkiv, Ukraine, on Tuesday.

Reportedly, Modi was briefed about the evacuation status and was informed that over 1,750 Indian students have returned to the country so far.

It has been learnt that External Affairs Minister S. Jaishakar briefed the Prime Minister about the ramped up efforts of the government for evacuation works in the last 24 hours, while Foreign Secretary Harsh Vardhan Shringla updated Modi about the arrangements made by the Indian Embassies in Hungary, Slovakia, Romania and Poland, all bordering Ukraine.

Modi had asked the MEA officials to make proper arrangements in the adjoining border points with Ukraine for the students coming to these countries from the war-hit nation.

The sources also said that Modi discussed what could be the possible ways to rescue the Indians stuck in Kharkiv, another important town after the capital city of Kiev.

As of now, thousands of Indians, including students, are still stuck in Kharkiv and the Russian army has scaled up attacks on both Kiev and Kharkiv.

Modi was also informed that a new route to exit through Moldova has been identified, and to facilitate the entry of the Indians into this country, proper arrangements have been made by the Indian Embassy staff in Romania.

The Prime Minister is personally monitoring the evacuation efforts of the government, taking updates from the MEA at regular intervals.

After the death of the medical student from Karnataka in Kharkiv on Tuesday, the Prime Minister got a call from the President of European Council, Charles Michel, who extended condolences over the tragic incident and assured support for the evacuation mission.