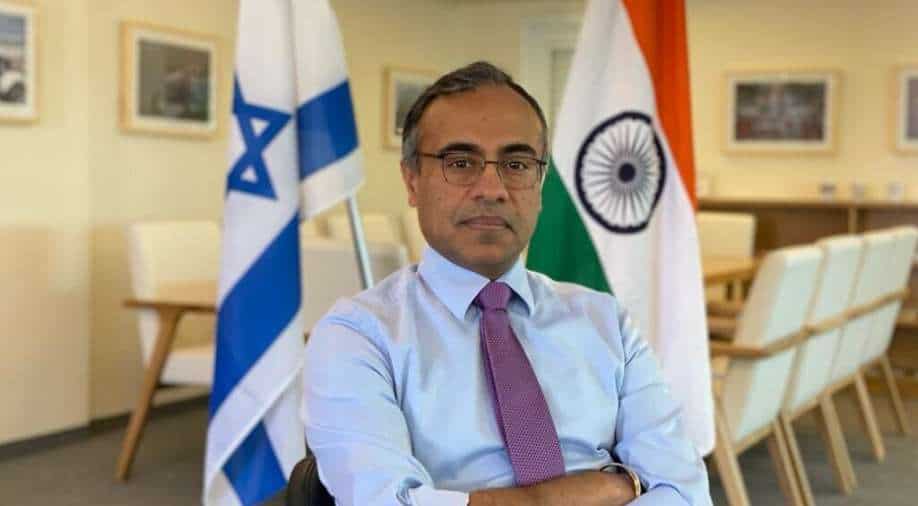 Speaking to WION exclusively, Indian Ambassador to Israel Sanjeev Kumar Singla underscored some of the key achievements between the two countries over the past three decades

It was 30 years ago that India and Israel established full diplomatic ties.

Since the upgradation of relations in 1992, defence and agriculture formed the two main pillars of the bilateral engagement between India and Israel.

In recent years, the relations have seen rapid growth across a broad spectrum of areas and the future vision of the cooperation is of a strong hi-tech partnership as befits two knowledge economies.

Notably, in 2017, the relationship was upgraded to a strategic level when Narendra Modi undertook the historic first-ever visit by an Indian PM to Israel.

Speaking to WION exclusively, the Indian Ambassador to Israel, Sanjeev Kumar Singla, underscored some of the key achievements between the two countries over the past three decades.

WION: India and Israel are celebrating 30 years of full diplomatic ties…what do you see as the key achievements between the two countries over the past 3 decades?

Singla: There are two specific achievements: Political and economic. Earlier, the ties were underplayed. But today, that's a thing of the past. The PM’s historic visit marked a turning point four and a half years ago.

Today, we have a strategic partnership. The relationship is on a completely different trajectory.

In the economic domain, we tried to lay the foundation for partnership, especially in agriculture, three decades ago. Today, we can build on that on a much greater scale.

WION: People often talk of shared values between the two countries – and practically every Israeli family knows someone who’s spent time in India. What do you think it is that unites Israelis and Indians, apart from a love of Indian food?

Singla: It's a question which has fascinated a lot of people. When our External Affairs Minister (S Jaishankar) was here 3-4 months back, PM Bennet asked him the same.

For Israelis, India offers that rare space where there hasn't been any anti-semitism. They have not only contributed and thrived but there has been a shared empathy for the growth of Israel

WION: As well as shared values, unfortunately, the two countries also share similar challenges. I’m particularly thinking about counter-terrorism. What can India and Israel learn from each other in this respect?

Singla: The most important lesson is the ability to work together at an operational level. That flows when you share a common outlook of zero tolerance of terrorism.

During the 26/11 Mumbai attacks, some Israelis were targeted and that's something which we must never let happen again. It's a universal menace which both countries must fight together.

WION: India and Israel have signed a number of cooperation agreements. What more can we expect going forwards over the coming years?

Singla: Agreements are facilitators to nudge things forward. In short term, we are looking to conclude our FTA, hopefully by the mid of this year.

WION: The Quad - which India, Israel, the US and UAE launched during Minister Jaishankar’s visit to Israel in 2021 – has the potential to take innovation and trade to a new level globally. What’s being planned for the Quad over the coming year?

Singla: It is still early days for Quad. Immediate idea is to identify infra projects and then involve the private sector to execute them.

We are looking forward to an in-person Quad in the next few weeks, possibly in March in Dubai where more activities and specific goals would be discussed.

WION: Finally, what do you envisage for relations between India and Israel in 30 years’ time – what’s the long-term vision?

Singla: Long term vision is to take the ties much more organic, especially in the areas of trade, tech, innovation collaboration. The idea is to take the relations to a point where the government does not have to act as a catalyst any longer.