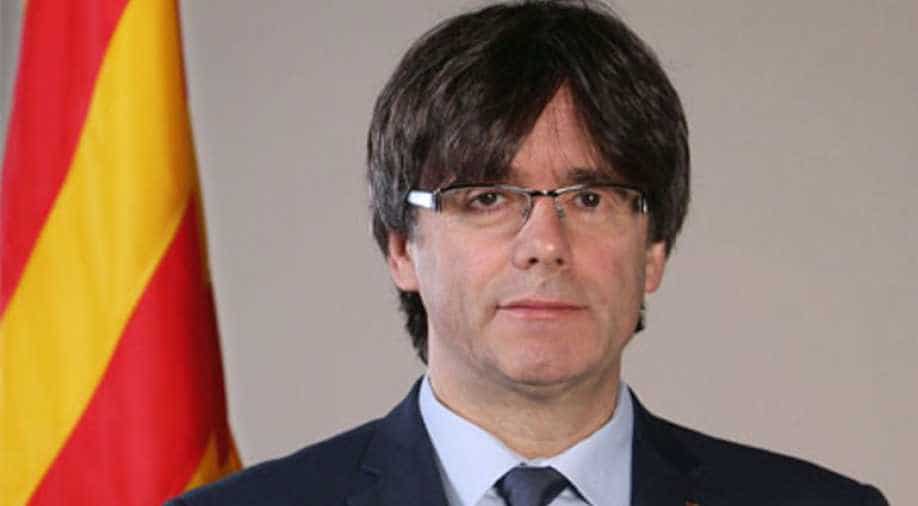 Madrid had asked Puidgemont to 'clarify his intentions' on whether he was going to call for independence or not. That deadline runs out today. (Image source: Wikimedia Commons) Photograph:( Others )

His comments came as the deadline set by Madrid to clarify his intentions for the Spanish region came to a close.

Puigdemont last week made an ambiguous announcement, saying he accepted the mandate for "Catalonia to become an independent state" following a banned referendum, in which separatist leaders say 90 per cent opted to split from Spain -- even if more than half of eligible voters stayed home.

But he immediately suspended that declaration pending talks with Madrid.

In a letter to Prime Minister Mariano Rajoy on Monday, Puigdemont wrote that his "suspension of the political mandate given by the polls on October 1 demonstrates our firm will to find a solution and not confrontation."

He added that "for the next two months, our main objective is to bring you to dialogue."

But he did not clarify whether or not he had declared independence last week.

Madrid has previously said it refuses to negotiate on Catalan independence and has threatened to take drastic measures like suspending the region's autonomy if Puigdemont presses ahead with independence.