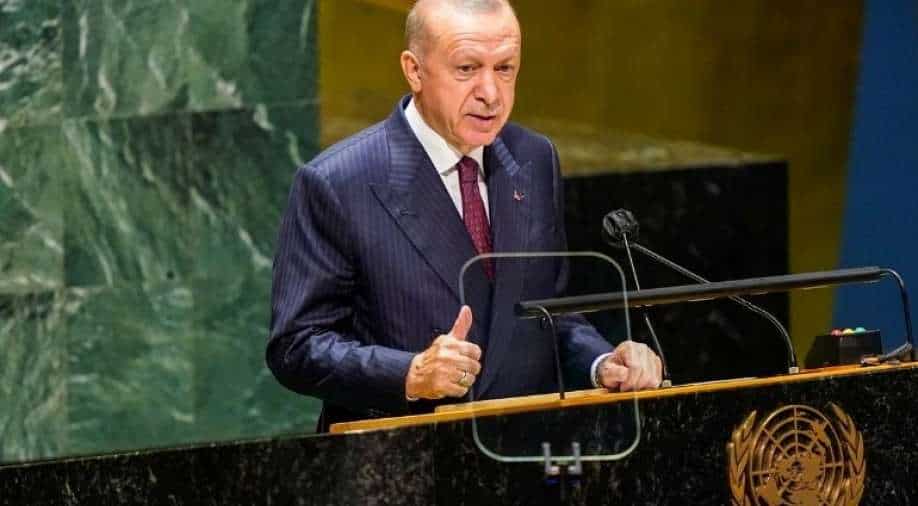 The envoys had reportedly protested the detention of Parisian-born philanthropist and activist Osman Kavala. They had claimed that his detention had 'cast a shadow' over Turkey

This decision by Erdogan came after some leaders appealed for the release of a jailed civil society leader.

"I have ordered our foreign minister to declare these 10 ambassadors as persona non grata as soon as possible," Erdogan said. "They must leave here the day they no longer know Turkey."

These envoys had reportedly protested the detention of Parisian-born philanthropist and activist Osman Kavala. They had claimed that his detention had “cast a shadow” over Turkey.

The western ambassadors had urged Turkey to ensure "just and speedy resolution" in Kavala’s case.

Erdogan, however, accused the foreign envoys of ‘indecency’ and ordered expulsion of these ten foreign ambassadors. He claims "we cannot have the luxury of hosting them in our country".

Kavala, a 64-year-old civil society leader, has been behind the bars since 2017 without any conviction. He has been accused with several charged which are linked to infamous anti-government protests in 2013 and 2016’s failed military coup.

This announcement comes at a time when Turkey has been pushed to the FATF "grey list" with other countries such as Pakistan, Syria, South Sudan and Yemen. Erdogan’s country has been placed in "grey list" due to money laundering and terrorist financing issues.