In a call with Stoltenberg, Chinese FM Wang Yi tells NATO to stay out of Indo-Pacific 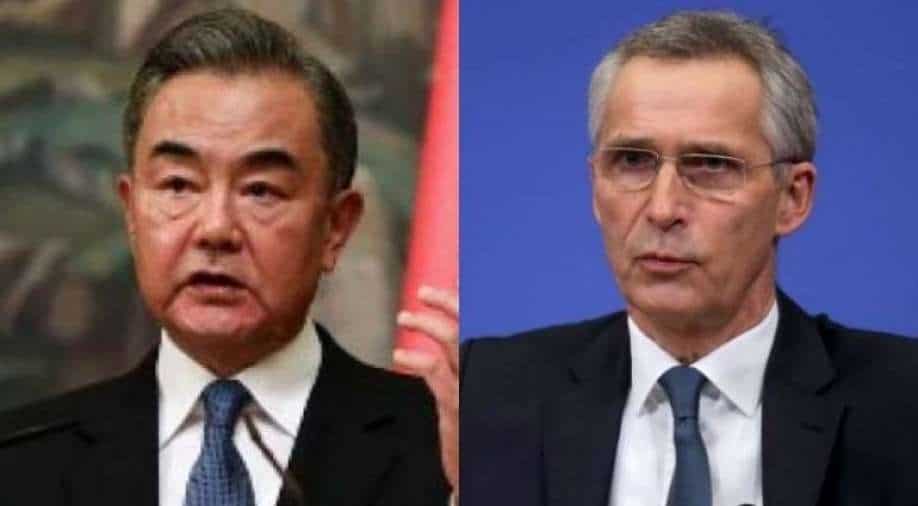 In a call with NATO chief, a senior Chinese envoy warned that the trans-Atlantic alliance should stay out of Indo-Pacific region. NATO Secretary General Jens Stoltenberg and Chinese Foreign Minister Wang Yi shared their concerns with each other during the call

In what could be called a strict warning, a senior Chinese envoy has told the NATO chief that the trans-Atlantic alliance should stay out of Indo-Pacific region.

During a call with NATO Secretary General Jens Stoltenberg, Chinese Foreign Minister Wang Yi said, “In recent years, some NATO members have sent ships and planes to the vicinity of China. NATO should adhere to its original geographical positioning and play a constructive role in securing peaceful and stable regional development.”

In recent years, NATO has been closely watching China’s actions after the country declared itself a “near-Arctic” power. Beijing has also forged a partnership with Russia, which has brought Chinese warships into the Baltic Sea in 2017.

Also Read: 'Patriotic scientists and intellectuals': That is what China wants

According to a NATO-issued statement over the call, “The Secretary General recalled that NATO does not see China as an adversary but called on China to uphold its international commitments and act responsibly in the international system.”

“He raised NATO’s concerns over China’s coercive policies, expanding nuclear arsenal and lack of transparency on its military modernisation,” it said.

The Chinese foreign minister said, “The two sides should look at each other rationally and objectively rather than listening to and believing in misinformation only and being confused by lies and rumors. China has not been, and will not be, an adversary of NATO.”