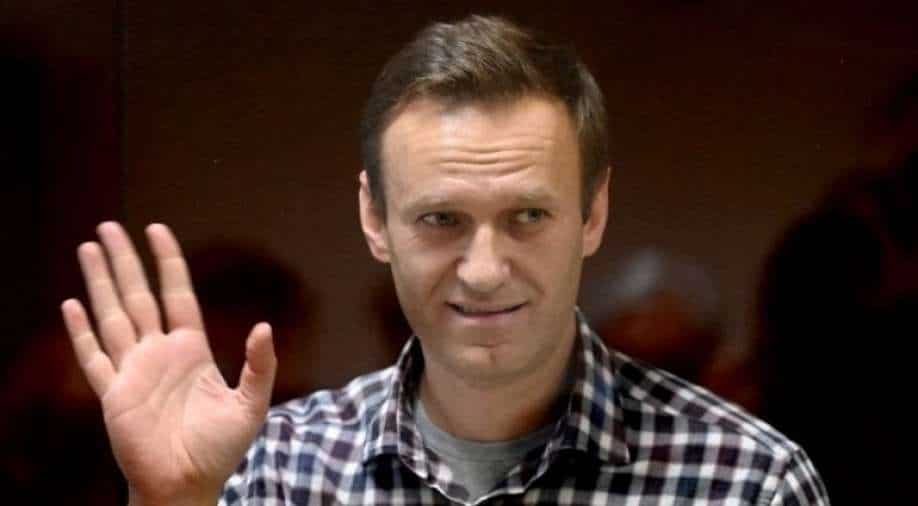 In this file photo taken on February 20, 2021 Russian opposition leader Alexei Navalny stands inside a glass cell during a court hearing at the Babushkinsky district court in Moscow Photograph:( AFP )

Alexei Navalny was detained in Moscow on January 17 last year. He is currently in jail

Alexei Navalny, the fiercest critic of Russian President Vladimir Putin said on Monday that he did not regret returning to Russia. Navalny was detained in a Moscow airport on his return to Russia from Germany on January 17 last year, ushering in a months-long crackdown that has seen his most prominent allies imprisoned or exiled.

"I don't regret it for a second," Navalny wrote in a post on Instagram from a penal colony outside Moscow.

"Having served my first year in prison, I want to tell everyone exactly what I shouted to those gathered outside the court when a convoy led me to a police van: don't be afraid of anything," Navalny added.

"This is our country and we have no other."

Moscow has refused to open an investigation into the attempt on his life, claiming there is insufficient evidence to open a probe and blaming Berlin for not cooperating.

On his return to Russia Navalny was jailed for more than two years on old fraud charges he says are politically motivated.

Ahead of the anniversary of his arrest, Russia last week added two of the opposition leader's closest aides to a list of "terrorists and extremists".

Both of those organisations were banned by Russian courts and shuttered by staff fearing prosecution.
Last month, investigators questioned several former regional Navalny coordinators, including Ksenia Fadeyeva, who is also a local lawmaker in the Siberian city of Tomsk.