How the EU allowed Hungary to become an illiberal model 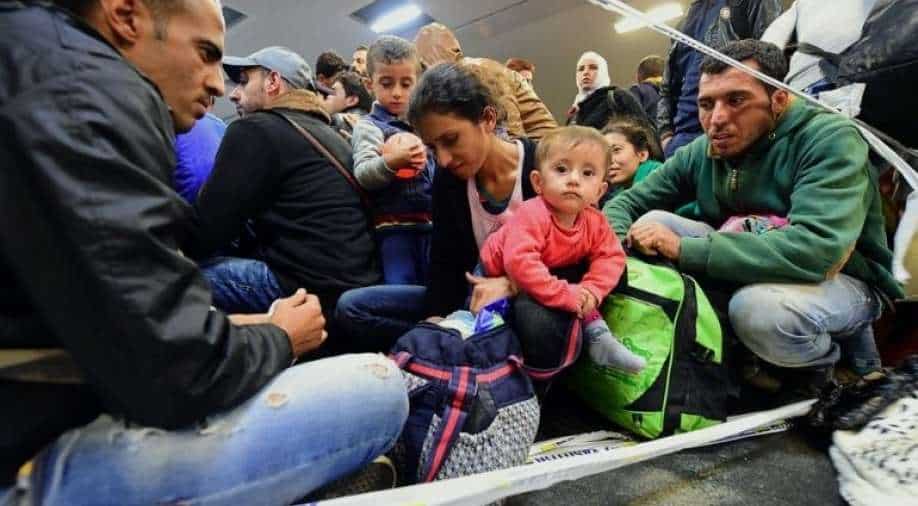 A migrant family sits on the ground as they wait to be allowed onto the platform of the Eastern Keleti by local police in the Hungarian capital Budapest Photograph:( AFP )

Orban has spent the past decade steadily building his 'illiberal state,' as he proudly calls Hungary, with the help of lavish EU funding

After long indulging him, leaders in the European Union now widely consider one of their own, Prime Minister Viktor Orban of Hungary, an existential threat to a bloc that holds itself up as a model of human rights and the rule of law.

Orban has spent the past decade steadily building his “illiberal state,” as he proudly calls Hungary, with the help of lavish EU funding. Even as his project widened fissures in the bloc, his fellow national leaders mostly looked the other way, committed to staying out of one another’s affairs.

But now Orban’s defiance and intransigence has had an important, if unintended, effect: serving as a catalyst for an often-sluggish EU system to act to safeguard the democratic principles that are the foundation of the bloc.

Early this year, the European Court of Justice will issue a landmark decision on whether the union has the authority to make its funds to member states conditional on meeting the bloc’s core values. Doing so would allow Brussels to deny billions of euros to countries that violate those values.

The bloc has consistently worked on political consensus among national leaders. But Orban has pushed Brussels toward a threshold it had long avoided: making membership subject to financial punishments, not merely political ones.

The new frontier could help solve an old problem — what to do about bad actors in its ranks — while creating new ones. Not least, it could invite the European Commission, the bloc’s executive branch, to exercise a new level of interference in the affairs of member states.

How Orban has forced the EU to such a juncture, and why it seemed helpless to stop him for so long, says much about the bloc’s founding assumptions and why it has stumbled in the face of populist and nationalist challenges.

Interviews with more than a dozen current and former European officials show how sentiments toward Orban and his illiberal project evolved from complacency and incomprehension to a recognition that he had become a serious internal threat — despite Hungary’s having fewer people than Paris and a language so esoteric that it bears no relationship to those of its neighbors.

The willful neglect was encapsulated neatly in 2015 at a meeting, when Jean-Claude Juncker, then the European Commission’s president, saw Orban arriving and said, “The dictator is coming,” before greeting him with “dictator,” and giving him a friendly pat on the face.

No one in power wanted to confront Orban over issues like rule of law and corruption — especially not his fellow national leaders, who each have a seat on the powerful European Council.

“At the council myself I felt the reluctance of Orban’s peers to deal with these kind of issues,” said Luuk van Middelaar, an aide to Herman Van Rompuy when he was council president. He added that the council was “like a club, where Viktor is just one of them — and they are political animals, and they respect each other for the simple fact of having won an election.”

The leaders “prefer not to deal with hot potatoes or each other’s business when they can avoid it,” van Middelaar said.

Orban faces new elections this spring against a formally united but extremely diverse set of opposition parties. But he has become a model for the politics of identity and religion, not just in Poland but in the United States, as well.

On Monday, former President Donald Trump endorsed Orban for reelection, pledging “complete support.” Orban was an early supporter of Trump, endorsing him in the summer of 2016 and again in 2020. Orban said Trump was “probably, like me, a little bit controversial, but that’s OK.”

Some European lawmakers recognized early on that Orban was trampling on democratic norms but were stymied by national leaders, particularly those from the European People’s Party, the powerful center-right political grouping that has dominated the European Parliament for the past decade.

Among those conservatives who protected Orban was Angela Merkel, the chancellor of Germany at the time. German companies had major investments in Hungary, and Merkel saw the Hungarian leader as a political ally in Brussels. One prominent member of the European People’s Party said Merkel and her aides brushed off complaints about Orban, saying that he could be difficult, but that it was important to keep him in the family.

“The biggest failing — the one that we are still paying the price for today — is the European Council,” said Rui Tavares, a former European legislator who helped write a report on Hungary’s violations adopted in 2013. “The European Council did nothing.”

When Orban proposed — and later introduced — a new constitution that violated European principles, Didier Reynders, then Belgium’s minister of foreign and European affairs, said he tried to raise the problem in a meeting with EU leaders in 2011 but was shut down.

“The reaction was that this is not an issue for the member states,” said Reynders, who is now the EU commissioner for justice, adding that “maybe the commission, maybe the court” should deal with it.

“But now it’s a permanent discussion,” he said.

Ivan Krastev, a Bulgarian analyst of Europe, said Orban was careful for several years after his election in 2010 “not to cross Brussels’ red lines but to dance along them in what he called ‘the peacock dance.’”

Krastev said many European leaders assumed that the nations that joined the bloc in 2004 would be grateful, relatively compliant partners and miscalculated how “countries like Hungary, Poland and the Czech Republic felt later that you have to assert your own identity and reject Brussels to differing degrees.”

Orban’s party adopted the new constitution and a new media law that curbed press freedom. It overhauled the country’s justice system, removed the head of its Supreme Court and created an office to oversee the courts led by the wife of a prominent member of the governing party, Fidesz. Election laws were changed to favor the party.

External factors strengthened Orban as well, including in 2015 when a record number of migrants made their way to Europe and when the right-wing Law and Justice party of Jaroslaw Kaczynski came to power in Poland. He suddenly had an ally there, and his tough stance against migrants won him support elsewhere, too.

“What liberated Orban was 2015 and the migration crisis,” said Mark Leonard, the director of the European Council on Foreign Relations. “He was suddenly standing for more than Hungary but for wider issues of migration, with support in Germany and Austria and the other Central European states, and that gave him power.”

A sharper inflection point came in May 2018 at a meeting between Orban and the leaders of the European People’s Party: Joseph Daul, the party president, and Manfred Weber, the German Christian Democrat who ran Parliament.

They warned him that his party risked being expelled from the parliamentary grouping. Fresh from another electoral victory the month before, Orban “felt he was on steroids” and struck back, according to an official who was immediately briefed about the meeting.

“If you try to kick me out, I’ll destroy you,” Orban said, according to the official.

It would take 10 months before Fidesz would be suspended. Two years after that, in March, Orban quit the conservative alliance when it became clear that it was going to oust his party.

Weber still regrets the loss of Fidesz. “On one level, it is a relief,” he said. “But Orban leaving is not a victory, but a defeat” in the effort to hold the center-right together as “a broad people’s party.”

It has helped Orban that the EU has few and ineffective instruments for punishing a backsliding nation. Even the Lisbon Treaty, which gave enhanced powers to the European Parliament, has essentially one unusable tool: Article 7, which can remove a country’s voting rights, but only if passed by unanimity.

In 2017, Frans Timmermans, then the European Commission first vice president responsible for the rule of law, initiated the article against Poland. The European Parliament did the same against Hungary in 2018.

But both measures inevitably stalled because the two countries protect each other.

The treaty also allows the commission to bring infringement procedures — legal charges — against member states for violating EU law. But the process is slow, involving letters and responses and appeals, and final decisions are up to the European Court of Justice. Most cases are settled before reaching the court.

But according to studies by R. Daniel Kelemen of Rutgers University and Tommaso Pavone of the University of Oslo, the commission sharply reduced infringement cases after the addition of new member states in 2004. José Manuel Barroso, a former commission president, “bought into this to work more cooperatively with governments and not just sue them,” Kelemen said. Barroso declined to comment.

Attitudes have shifted. With taxpayer money at stake, the next seven-year budget in the balance and the disregard for shared values shown by Orban and Kaczynski on leaders’ minds, Brussels may have finally found a useful tool to affect domestic politics, with a mix of lawsuits charging infringement of European treaties combined with severe financial consequences.

A marker has finally been laid down, Reynders said.

The big moment comes this month, when the European Court of Justice issues its ruling.

If Hungary and Poland lose the case, as expected, it is unclear what will happen if both countries simply refuse to comply. The EU will be thrust deeper into unknown territory.