Hostage taker in Amsterdam Apple store dies of his injuries 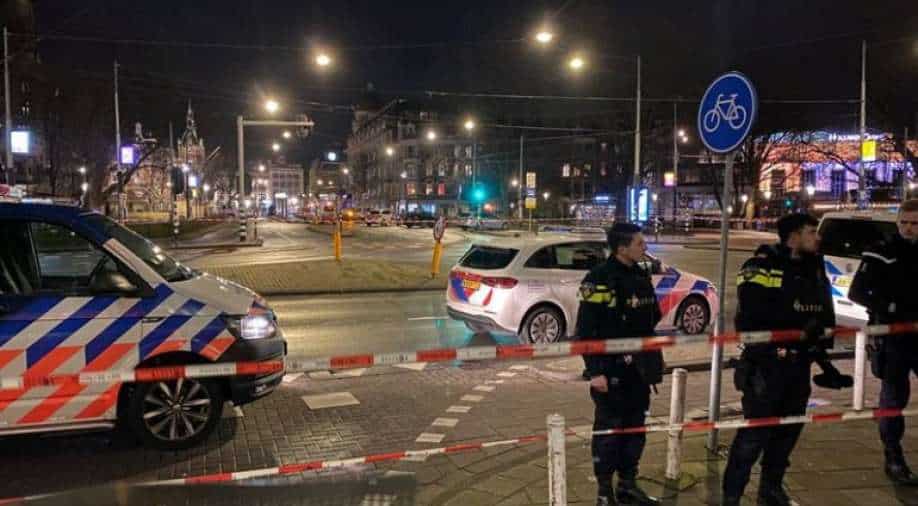 Dutch police is seen near an Apple store. Photograph:( Reuters )

Police stopped the man, identified as a 27-year-old from Amsterdam, by running into him forcefully with a car as he chased after his hostage when the hostage fled from the Apple flagship store on Tuesday night

The man who held a customer hostage at gunpoint at an Amsterdam Apple store has died of the injuries he sustained during his arrest, public prosecutors said on Wednesday.

Police stopped the man, identified as a 27-year-old from Amsterdam, by running into him forcefully with a car as he chased after his hostage when the hostage fled from the Apple flagship store on Tuesday night.

"We are investigating the possible motives of the hostage taker and the explosives he carried on his body", police said in a statement, noting that the explosives were not ready to detonate.

The suspect was armed with a pistol and an automatic rifle, with which he fired at least four shots when police arrived at the central Leidseplein square in front of the store around 6 p.m. (1700 GMT), Amsterdam police chief Frank Pauw told a news conference.

The man, who had a criminal record, had demanded a ransom of 200 million euros ($226 million) in crypto currencies and safe passage out of the building, Pauw said.'

The hostage, described by police as a 44-year-old Bulgarian man, fled from the building around 10:30 p.m.

The hostage taker chased after the man and police waiting outside rammed him with the car to stop him.

Videos of the incident showed the hostage taker being knocked onto the hood of the police car and then falling to the ground.

Police said on Wednesday the man who was arrested was the only suspect.

During the evening, about 70 people were able to leave the store while the hostage situation was ongoing. There were no reports of other injuries.

"We are so incredibly grateful and relieved that our employees and customers in Amsterdam are safe after this terrifying experience," Apple said in a statement.