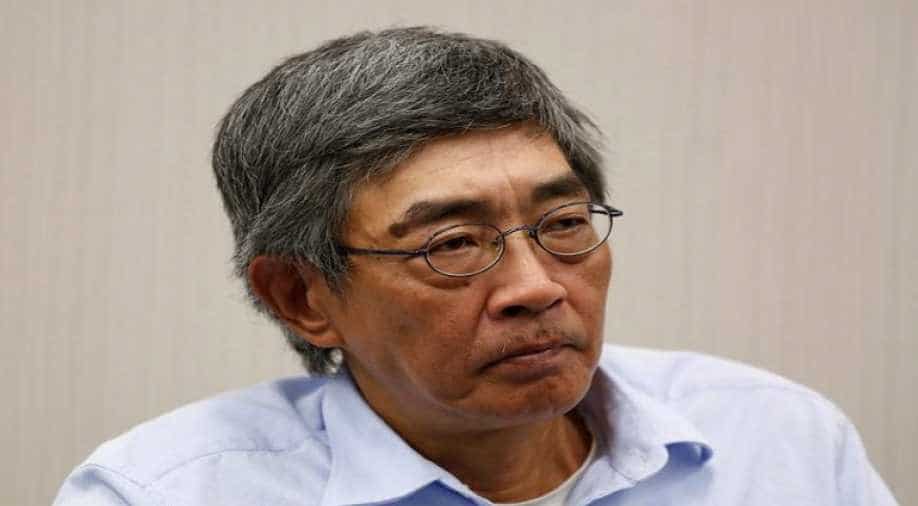 One of the booksellers, Lam Wing-kee, returned to Hong Kong last month and held a press conference detailing his months of captivity. Photograph:( Reuters )

Follow Us
Hong Kong's security chief said on Wednesday that there was no legal way a Hong Kong bookseller, who returned to the city after being detained on the mainland, could be sent back to China.

One of the booksellers, Lam Wing-kee, returned to Hong Kong last month and held a press conference detailing his months of captivity and repeated interrogations by mainland agents.

A mainland Chinese law enforcement body on Tuesday said that Lam had violated his bail terms and criminal enforcement measures would be triggered by his failure to return. It did not specify what those measures might entail.

Lai said a formal request for Lam's return to China had not been discussed at the meeting in Beijing.

"There is no legal arrangement for the transfer of a person to the mainland authorities, and the Hong Kong government will handle all cases in accordance with the law of Hong Kong," Lai told reporters on Wednesday.

Hong Kong officials pledged to provide any necessary police protection for Lam, who said he had been followed by strangers and feared for his safety. The officials said the vehicle that was reportedly following Lam was rented by the media.

Hong Kong is a special administrative region of China, governed by separate laws under a 1997 agreement with the British that returned it to Chinese rule.

The controversy surrounding the Hong Kong booksellers erupted last year when the five men associated with the Causeway Bay Books store disappeared. The store had specialised in gossipy books about China's leaders, including President Xi Jinping. Such books are banned on the mainland but legal in Hong Kong.

Two of the men, Gui Minhai and Lee Bo, held Swedish and British passports and went missing in Thailand and Hong Kong, respectively.

Thousands have taken to the streets in Hong Kong following the men's disappearance, saying that Beijing has not abided by the "one country, two systems" arrangement by which it agreed to rule Hong Kong for 50 years.

Hong Kong officials said they would hold another meeting with their mainland Chinese counterparts at the end of the month to discuss the notification process for when Hong Kong residents are detained in the mainland.