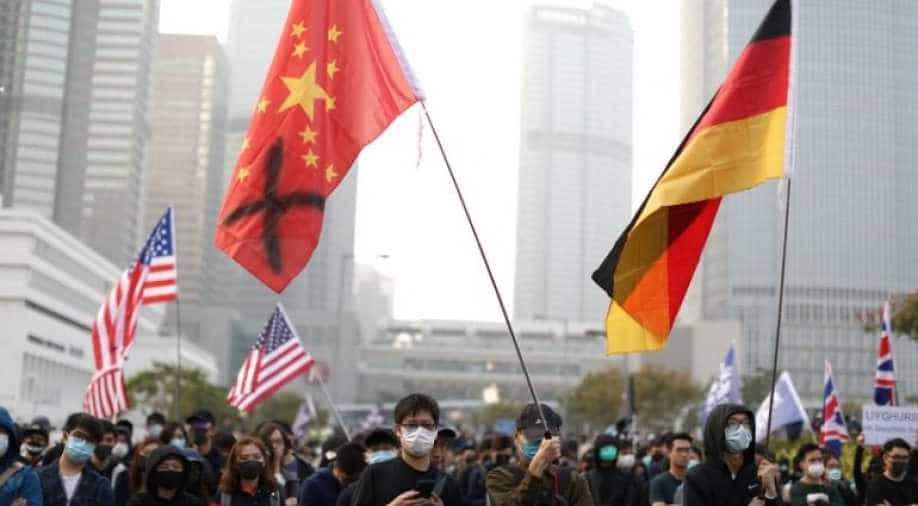 The protesters are planning to convene in districts across the city, including locations like prime shopping malls

After six months of demonstrations in the city, Hong Kong is preparing for a fresh wave of protests in the Christmas week.

The police's response to this included bursts of pepper spray. As Reuters reported, one officer drew his weapon out but did not fire it.

Hong Kongers have been protesting against Chinese interference in the city's affairs. The city, as per the ''One country, two systems'' scheme was guaranteed freedoms when the British left in 1997.

Instances of police brutality have been causing a major uproar, with many demanding an independent investigation into it. The police have consistently denied using excessive force.

Earlier on Sunday, more than 1,000 people rallied in support of China's ethnic Uighur Muslims, who have been detained en masse in camps in China's northwestern Xinjiang region.

Beijing and Hong Kong's government have made clear any call for independence would never be tolerated.

"Advocating Hong Kong independence ... is not conducive to the overall and long term interest of Hong Kong society. It is also contrary to the established basic policies of the People's Republic of China regarding Hong Kong," the city government said in a statement overnight.

The protests, which are now running into its six month, have become less violent and organised. Since June this year, more than 6,000 people have been arrested.

In the last weekend alone, 52 people were arrested.