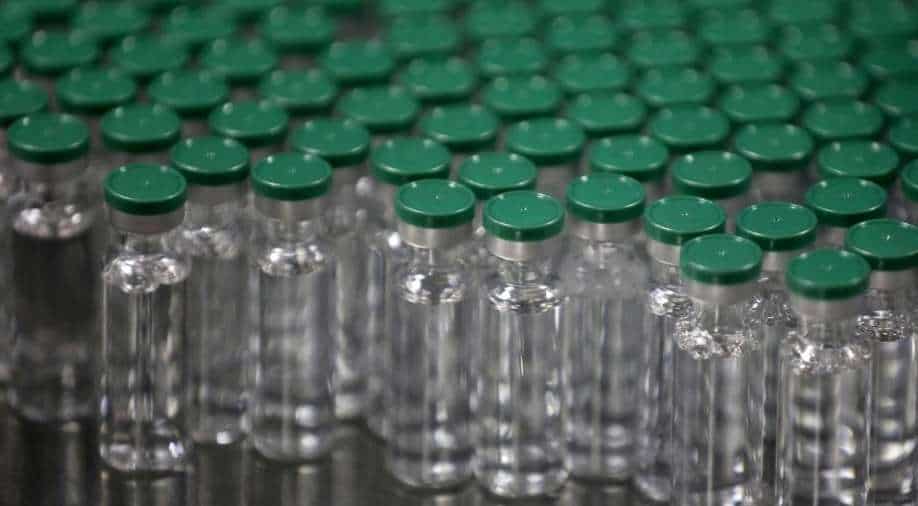 These sorts of logistical problems in clinics across the country have put the campaign to vaccinate the United States against COVID-19 far behind schedule in its third week, raising fears about how quickly the country will be able to tame the epidemic.

In Florida, less than one-quarter of delivered coronavirus vaccines have been used, even as older people sat in lawn chairs all night waiting for their shots. In Puerto Rico, last week’s vaccine shipments did not arrive until the workers who would have administered them had left for the Christmas holiday. In California, doctors are worried about whether there will be enough hospital staff members to both administer vaccines and tend to the swelling number of COVID-19 patients.

These sorts of logistical problems in clinics across the country have put the campaign to vaccinate the United States against COVID-19 far behind schedule in its third week, raising fears about how quickly the country will be able to tame the epidemic.

Federal officials said as recently as earlier in December that their goal was to have 20 million people get their first shot by the end of 2020. More than 14 million doses of the Pfizer and Moderna vaccines had been sent out across the United States, federal officials said Wednesday. But, according to the Centers for Disease Control and Prevention, just 2.8 million people have received their first dose, although that number may be somewhat low because of lags in reporting.

States vary widely in how many of the doses they have received have been given out. South Dakota leads the country with more than 48% of its doses given, followed by West Virginia at 38%. By contrast, Kansas has given out less than 11%, and Georgia, less than 14%.

Compounding the challenges, federal officials say they do not fully understand the cause of the delays. But state health officials and hospital leaders throughout the country pointed to several factors. States have held back doses to be given out to their nursing homes and other long-term-care facilities, an effort that is just gearing up and expected to take several months. Across the country, just 8% of the doses distributed for use in these facilities have been administered, with 2 million yet to be given.

The holiday season has meant that people are off work and clinics have reduced hours, slowing the pace of vaccine administration. In Florida, the demand for the vaccines dipped over the Christmas holiday and is expected to dip again over New Year’s, Gov. Ron DeSantis said Wednesday.

And critically, public health experts say, federal officials have left many of the details of the final stage of the vaccine distribution process, such as scheduling and staffing, to overstretched local health officials and hospitals.

In one notable blunder, 42 people in Boone County, West Virginia, who were scheduled to receive the coronavirus vaccine Wednesday instead were mistakenly injected with an experimental monoclonal antibody treatment.

“We’ve taken the people with the least amount of resources and capacity and asked them to do the hardest part of the vaccination — which is actually getting the vaccines administered into people’s arms,” said Dr. Ashish Jha, dean of Brown University’s School of Public Health.

Federal and state officials have denied they are to blame for the slow rollout. Officials behind Operation Warp Speed, the federal effort to fast-track vaccines, have said that their job was to ensure that vaccines are made available and get shipped out to the states. President Donald Trump said in a tweet Tuesday that it was “up to the States to distribute the vaccines once brought to the designated areas by the Federal Government.”

“Ultimately, the buck seems to stop with no one,” Jha said.

These problems are especially worrisome now that a new, more contagious variant, first spotted in Britain and overwhelming hospitals there, has arrived in the U.S. Officials in two states, Colorado and California, say they have discovered cases of the new variant, and none of the patients had recently traveled, suggesting the variant is already spreading in U.S. communities.

The $900 billion relief package that Trump signed into law Sunday will bring some relief to struggling state and local health departments. The bill sets aside more than $8 billion for vaccine distribution, on top of the $340 million that the CDC sent out to the states in installments in September and earlier in December.

That infusion of money is welcome, if late, said Dr. Bob Wachter, a professor and chair of the department of medicine at the University of California, San Francisco.

“Why did that take until now when we knew we were going to have this problem two months ago?” he asked.

Michael Pratt, a spokesperson for Operation Warp Speed, said that there will always be lags between the number of doses that have been allocated, shipped, injected and reported.

"We’re working to make those lags as small as possible,” Pratt said.

The task of administering thousands of vaccines is daunting for health departments that have already been overburdened by responding to the pandemic. In Montgomery County, Maryland, the health department has recruited extra staff to help manage vaccine distribution, said Travis Gayles, the county health officer.

“While we’re trying to roll out vaccinations, we’re also continuing the pandemic response by supporting testing, contact tracing, disease control and all of those other aspects of the COVID response,” Gayles said.

Complicating matters, the county health department gets just a few days' notice each week of the timing of its vaccine shipments. When the latest batch arrived, Gayles’ team scrambled to contact people eligible for the vaccine and to set up clinics to give out the doses as fast as possible.

Overall, Maryland has given nearly 17% of its vaccine doses. In a Wednesday appearance on CBS, Gov. Larry Hogan attributed the slow process to challenges across the board — from the federal government not sending as many doses as initially predicted, to the lack of logistical and financial support for local health departments.

In Texas, Gov. Greg Abbott and top state health officials say vaccines are available in the state but are not being distributed quickly enough to deal with a critical surge of COVID-19 cases that is pushing hospital capacity to the breaking point.

“A significant portion of vaccines distributed across Texas might be sitting on hospital shelves as opposed to being given to vulnerable Texans,” the governor tweeted Tuesday.

In California, Gov. Gavin Newsom on Wednesday encouraged people to be “humble” in the face of such a complicated task and said that the pace of vaccination would accelerate. California has administered 20% of the doses it has received.

Hesitancy among people offered the vaccine may also be slowing the rollout. Gov. Mike DeWine of Ohio said in a news conference Wednesday that roughly 60% of nursing home staff members offered the vaccine in the state had declined it. In Florida, some hospital workers offered the vaccine declined it, and those doses are now designated for other vulnerable groups like health care workers in the community and the elderly, but that rollout has not quite begun, said Justin Senior, chief executive officer for the Safety Net Hospital Alliance of Florida, a hospital consortium.

There are bright spots. Some states and hospitals are finding ways to speedily administer the vaccines they have received. West Virginia said Wednesday that it had finished giving the first round of vaccine doses to willing residents and workers at all of the state’s 214 long-term care facilities — putting the state far ahead of most other states that began vaccinating at these facilities under a federal program with CVS and Walgreens.

In Los Angeles, Cedars-Sinai Medical Center, which employs some 20,000 people at several facilities, was vaccinating about 800 people a day, said Dr. Jeff Smith, Cedars-Sinai’s chief operating officer. He said Cedars-Sinai expected to vaccinate all of its staff members who have opted for the vaccine within a couple of weeks.

But other communities are falling short of that rapid clip. Smith said the medical community is worried about staffing shortages when hospitals have to both administer vaccines and treat COVID-19 patients.

In a news conference Wednesday, Operation Warp Speed officials said they expected the pace of the rollout to accelerate significantly once pharmacies begin offering vaccines in their stores. The federal government has reached agreements with a number of pharmacy chains — including Costco, Walmart and CVS — to administer vaccines once they become more widely available. So far, 40,000 pharmacy locations have enrolled in that program.

Most vaccines administered across the country to date have been given to health care workers at hospitals and clinics and to older adults at nursing homes. Gen. Gustave Perna, the logistics lead of Operation Warp Speed, on Wednesday described them as “two very difficult, challenging groups” to immunize.

But public health officials warned that reaching these initial groups, who are largely being vaccinated where they live or work, is a relatively easy task.

“This is the part where we’re supposed to know where people are,” said Dr. Saad Omer, director of the Yale Institute for Global Health.

It may be more difficult, public health officials say, to vaccinate the next wave of people, which will most likely include many more older Americans as well as younger people with health problems and front-line workers. Among the fresh challenges: How will these people be scheduled for their vaccination appointments? How will they provide documentation that they have a medical condition or a job that makes them eligible to get vaccinated? And how will pharmacies ensure that people show up and that they can do so safely?

“In the next phase,” said Jha of Brown University, “we’re going to hit the same wall where all of a sudden, we’re going to have to scramble to start figuring it out.”