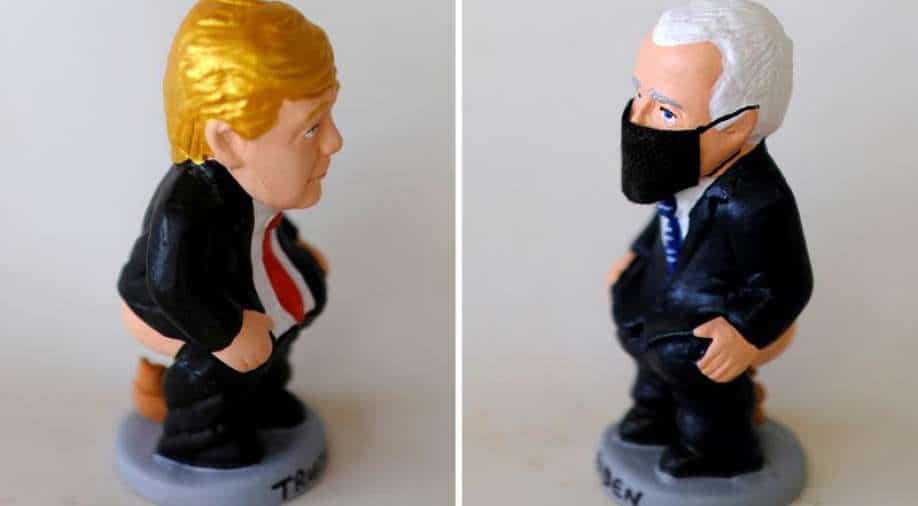 During a press conference for an upcoming boxing match, the former reality TV star claimed that he is sure he could box against Joe Biden and win the match

Former US president Donald Trump is back with poking fun at his opponent Joe Biden. This time, Trump has made headlines by claiming that he is sure he could beat Biden in a boxing match.

During a press conference for an upcoming boxing match, the former reality TV star claimed that he is sure he could box against Joe Biden and win the match.

"I think probably my easiest fight would be Joe Biden because I think he'd go down very, very quickly," Trump said in a virtual press conference. "Biden would go down in the first few seconds."

His confidence comes at a time when the disgraced former leader is gearing up to deliver ringside commentary for a much-awaited boxing match between heavyweight champions Evander Holyfield and Vitor Belfort at the Seminole Hard Rock Casino in Hollywood, Florida.

Trump also poked fun at Biden’s old statement from 2016 when the Democrat had said he would like to take Trump 'behind the gym'. Biden had once again repeated a similar sentiment in 2018 when he was addressing a rally in the University of Miami. In 2018, Biden got angry when Trump made disgraceful remarks about women and Biden claimed h would have "beat the hell out of" Trump if the two were in high school.

Trump’s comment against Biden quickly made it to the internet when netizens decided to not let this statement go to waste, and brought out their treasure of memes and jokes.

Here are some of the best picks:

Bruh they both gonna KO themselves tryna get in the ring 💀 https://t.co/i6hFla8f1f

Right!!!! He can’t even beat an umbrella pic.twitter.com/p5XNnF1dzv

👏🏾 Come on America!
Y'all know we needs this like a stimulus!!

Trump said he’d like to fight Biden in a boxing match.