Have right to share facts with Russia in fight against ISIS, terrorism: Trump 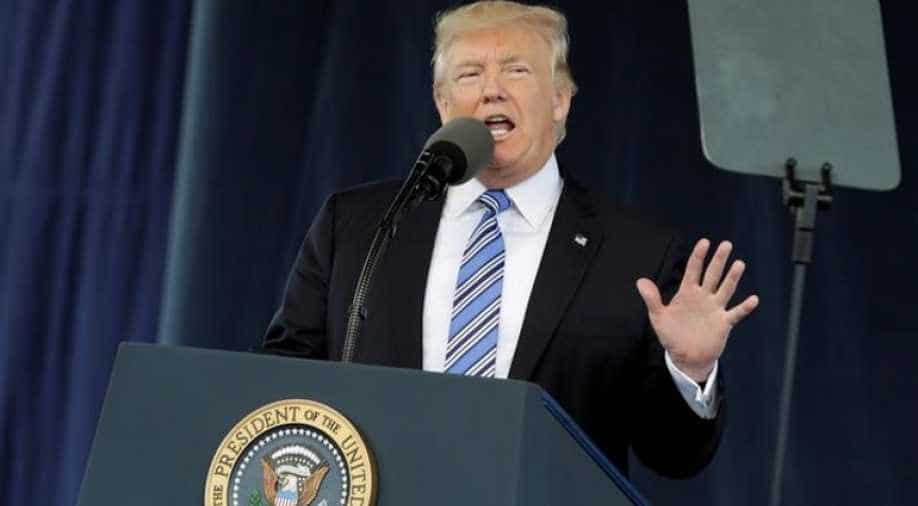 US President Donald Trump on Tuesday insisted he had the right to share "facts" with Russia, saying he acted to help Moscow in its "fight against ISIS and terrorism."

His Twitter message came one day after Washington Post, citing unnamed officials, had reported that he allegedly divulged classified information to Russia's foreign minister and ambassador to Washington during their visit last week to the Oval Office.

Meanwhile, the Kremlin described as "complete nonsense" media reports that US President Donald Trump had disclosed classified intelligence during a meeting with Russian officials.

"It's not a subject for us, it's the latest piece of nonsense," Kremlin spokesman Dmitry Peskov said on a conference call with reporters.

"We don't want to have anything do to with this nonsense. It's complete nonsense, not a subject to be denied or confirmed."

...to terrorism and airline flight safety. Humanitarian reasons, plus I want Russia to greatly step up their fight against ISIS & terrorism.

"As President I wanted to share with Russia (at an openly scheduled W.H. meeting) which I have the absolute right to do, facts pertaining to terrorism and airline flight safety," he wrote in an early morning tweet.

As President I wanted to share with Russia (at an openly scheduled W.H. meeting) which I have the absolute right to do, facts pertaining....

In his tweet Trump wrote that he was motivated by "humanitarian reasons, plus I want Russia to greatly step up their fight against ISIS & terrorism."

The Washington Post, citing unnamed officials, had reported that Trump went off script during the meeting, describing details about an Islamic State group terror threat related to the use of laptop computers on airplanes, revealing the city where the information was gathered.

National Security advisor HR McMaster had denied the president had revealed "intelligence sources or methods" but acknowledged that Trump and Russian foreign minister Sergei Lavrov had "reviewed a range of common threats to our two countries, including threats to civil aviation".

Kremlin spokesman Dmitry Peskov dubbed the news "nonsense," saying it was "not an issue for confirming or denying".

The revelations are the latest in a wave of crises to hit the White House, coming just one week after Trump shocked Washington by sacking his FBI director James Comey.

Comey had been overseeing investigations into links between Trump's campaign and alleged Russian interference in the 2016 presidential election. Trump's meeting with top Russian diplomats came one day after Comey's firing.