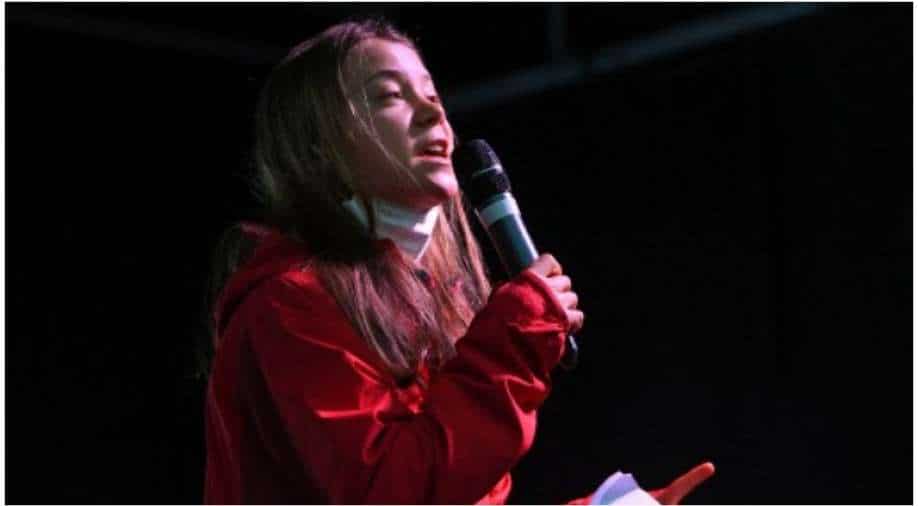 Swedish climate activist Greta Thunberg speaks to the crowd in George Square the end point for the Fridays For Future rally in Glasgow, Scotland on November 5, 2021, venue of the COP26 UN Climate Change Conference being held in the city. Photograph:( AFP )

In spite of negotiations that went on for a week, the COP26 climate summit has not yielded much, say experts. Greta Thunberg called these negotiations 'blah, blah, blah'

Swedish environmental activist Greta Thunberg on Friday branded COP26 climate summit in Glasgow 'failure'. The climate summit in the Scottish city produced what some experts say vague promises to cut emissions even after a week of negotiations.

"It is not a secret that COP26 is a failure," Thunberg told thousands of youth protesters at a march in the Scottish city.

She called the COP26 talks "a two-week long celebration of business as usual and 'blah, blah, blah'."

"This is no longer a climate conference. This is now a global greenwashing festival," Thunberg told cheering crowds.

Delegates from nearly 200 nations are gathered at the COP26 summit to hash out the details of the 2015 Paris Agreement, which aims to limit global temperature rises to between 1.5 and 2 degrees Celsius through sweeping emissions cuts.

The first week saw announcements by some countries to phase out coal use and to end foreign fossil fuel funding, but there were few details on how they plan the mass decarbonisation scientists say is needed.

"Our leaders are not leading. This is what leadership looks like," she said gesturing to the crowd.

Thunberg galvanised young people around the world to take action in "Fridays for Future" school strikes - which began with her standing every week outside the Swedish parliament.

The British president of the two-week conference acknowledged that much more needed to be done to secure more ambitious commitments to stop the world's slide into climate catastrophe, urging national negotiators to step up the pace.