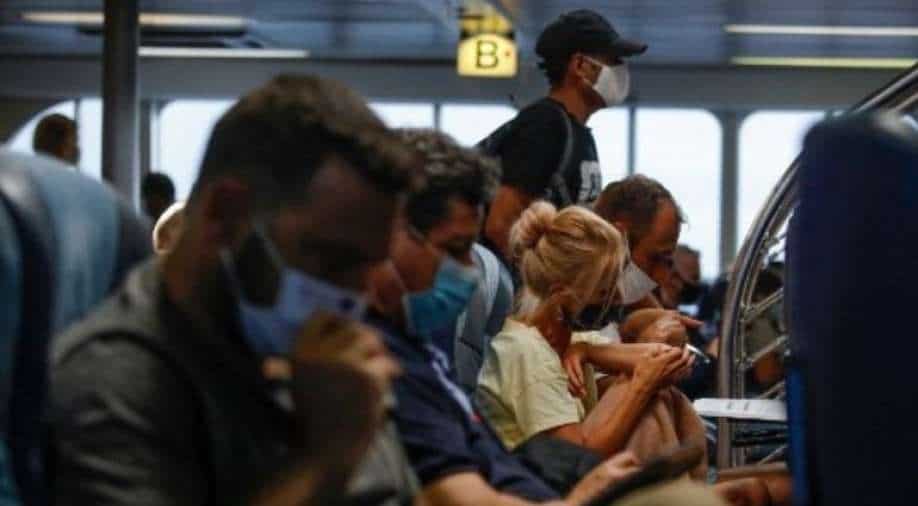 Demonstrators and officers could be seen exchanging blows before police sent volleys of tear gas into the crowd of about 1,500 people

Protesters and police clashed outside Greek parliament in Athens on Wednesday during a rally against coronavirus vaccinations.

Demonstrators and officers could be seen exchanging blows before police sent volleys of tear gas into the crowd of about 1,500 people.

Two water cannons fired on the crowds to disperse the protest. One protester stood in front of the water cannon as it was moving while another struck the vehicle.

Protesters, many of them unmasked, held Greek flags and crosses, singing the national anthem.

It is the second rally in a week against Greece's COVID-19 inoculation drive. A rally last Wednesday, prompted by a government decision to order the mandatory vaccination of healthcare workers and nursing home staff, drew some 5,000 people. The government has suggested other groups, such as teachers, may need to be vaccinated in the fall.

One placard read "hands off our children" as the vaccination programme opened to teenagers this month.

More than 4.7 million people have been fully vaccinated in the country of 11 million, more than 41 per cent.

Infections in Greece have been rising in recent weeks, and authorities reported almost 3,000 new cases on Wednesday.

The government has eased several restrictions in the last month as the tourism season is underway in the country.