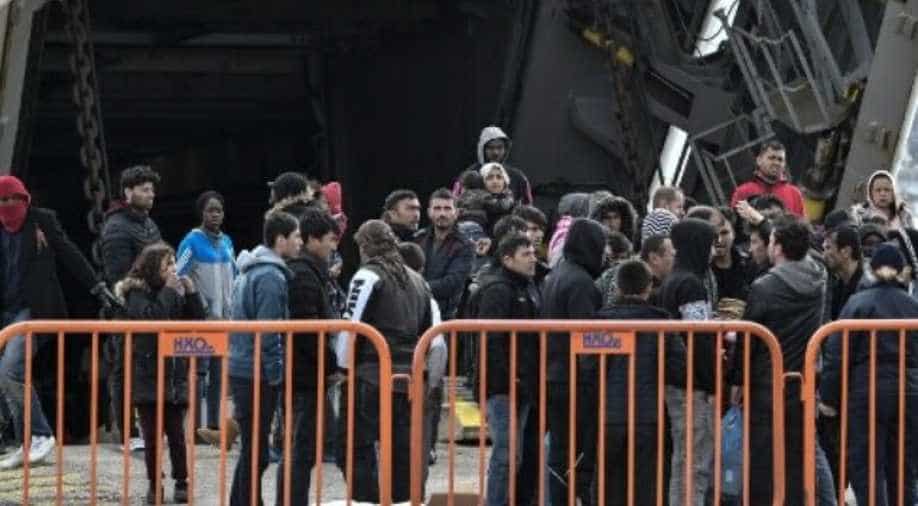 The crisis brewing at the border between Turkey and Greece has worsened over the week. The European Union has said that its borders are closed.

The situation along the Turkey-Greece border is extremely grave. On the one side, there are desperate people fleeing from the war in Syria.

Presently, given refuge in Turkey, they want to crossover to Greece and into Europe for a better life.

In pics: Refugees stream towards Greece after Turkey opens gates

And on the other side, the greeks and the Europeans want to keep immigrants out as they claim that the influx of the migrants has impacted their life.

The crisis brewing at the border between Turkey and Greece has worsened over the week. The European Union has said that its borders are closed.

But despite this, thousands of Syrian refugees have made a beeline to the greek border. President of the European Union, Ursula von der Leyen has described Greece as the shield of Europe.

Turkey presently plays host to over 3.7 million Syrian refugees, the highest in the world. President Recep Tayyip Erdoğan has claimed that Turkey will no longer be able to admit any more refugees.

And those who crossover from Syria fleeing the violence in Idlib will be allowed free passage onto Europe.

It is a cynical gambit by the Turkish president that has got Europe very worried. The idyllic island of lesbos, off the coast of Turkey, is bearing the brunt of the migrant crisis.

The island of 86,000 people already houses more than 21,000 migrants, mostly crammed into facilities meant for fewer than 3,000.

Over the week, the situation has become desperate and violent.

Greece has deployed riot police. There have been clashes between the migrants and the police over the accusation that a migrant trying to cross over was shot dead by the greek police.

Migrants seek to enter into Europe through both land and sea routes.

"You go out at night, and many times we would almost run into them, almost getting ourselves killed, how many times at night? They would come without lights at night, and you would go out, so many times we passed by them so close, 50, 60 people, you cannot see any lights, nothing," said Giorgos Mavroidis,  resident, Greece.

Many European political leaders have backed the tactics employed by Greece in stopping the migrants.

They fear a re-run of what happened in 2015. When over a million Syrian refugees fleeing from violence had made their way into Europe.

But human rights activists have slammed Greece for its policies.

They have questioned Greece's decision to suspend asylum applications for a month. Erdogan has been accused of using the migrants as a bargaining chip with the European Union.

So as the violence continues in Idlib. People in lesbos brace themselves for more migrants making a dash for Europe.