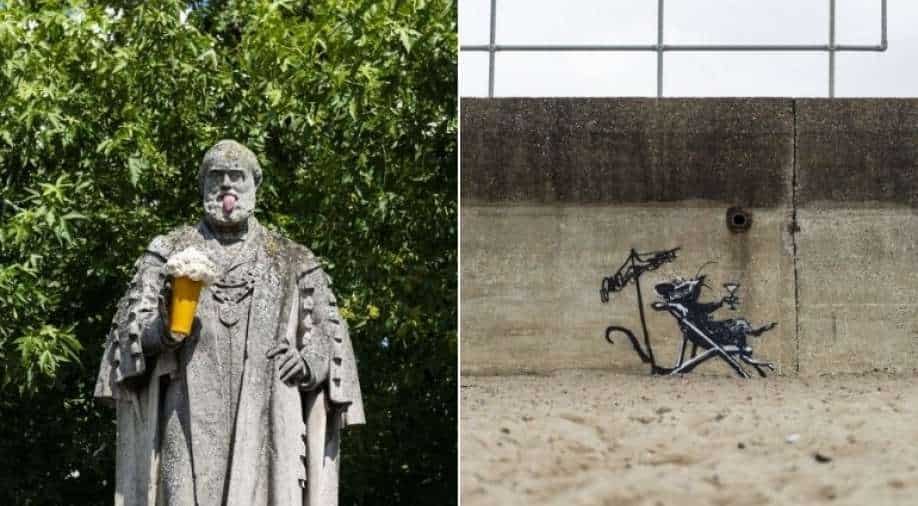 In the video, the artist can be seen travelling in his white caravan with a bucket full of spray cans, which he uses to create art pieces on walls of different areas

The famous graffiti artist Banksy is back on the walls. After speculations about whether or not the latest street art pieces in Suffolk and Norfolk were Banksy’s creations, the artist has claimed the art as his work.

Titled 'A Great British Spraycation', the artist posted a video on Instagram that showed him making several street art pieces in different locations in the UK.

The Internet had been going abuzz with reporting of several pieces of street art, most famous being a rat relaxing on a deckchair under an umbrella with a martini glass in its hand.

Another famous piece is a child looking out towards the sea while another one looks over his shoulder from behind and another child at the back of the boat leaning to a side while holding a bucket.

In the video, the artist can be seen travelling in his white caravan with a bucket full of spray cans, which he uses to create art pieces on walls of different areas.

One of the most interesting parts of the video is when Banksy is seen working on a famous statue in King’s Lynn. He puts ice cream in the statue’s hand and makes a tongue appear from its mouth. Locals passing by can be spotted halting and laughing at the new additions.

Banksy has been making news for his art pieces and has also managed to raise nearly £16 million for various health-related projects by auctioning his art piece titled "image of hope".