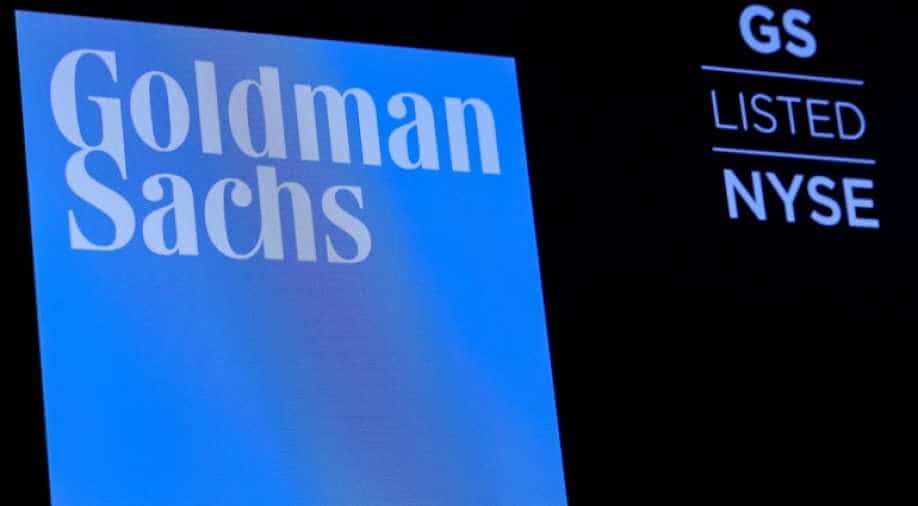 File photo of ticker symbol and logo for Goldman Sachs is displayed on a screen on the floor at the New York Stock Exchange. Photograph:( Reuters )

Throw-away plastic items have been the subject of bans by a growing number of countries and corporations because they often end up littering oceans and waterways.

Goldman Sachs Group Inc told employees on Wednesday it will no longer carry widely used, throw-away plastic items like water bottles or silverware in its offices and cafeterias as the US bank tries to cut the amount of trash it puts in landfills.

Throw-away plastic items have been the subject of bans by a growing number of countries and corporations because they often end up littering oceans and waterways.

In December, the European Union agreed to ban by 2021 a list of 10 single-use plastic products, like plates, straws and drink stirrers.

The operator of luxury hotel chain Peninsula Hotels, The Hongkong and Shanghai Hotels, Limited, said it will stop using plastic bottles, packaging and bathroom amenities by 2020.

Quan said Goldman is banning single-use plastics because they often ended up in the company's garbage instead of the recycling bin.

The bank has said it is trying to divert 100 per cent of its business waste from landfills by 2020 and is 93 per cent of the way there, Quan said.

This step will reduce the amount of single-use plastics bank employees throw away by 85 per cent or to 6 tons, the bank said.

Goldman has worked with companies and groups with ties to the plastics industry.

Kevin Smith, vice president of the bank's environmental markets group, said that the bank does not discuss matters related to specific clients.

The move away from single-use plastics, Smith said, is part of the bank's broader environmental strategy, which includes raising capital for green energy projects and underwriting climate-related risks.