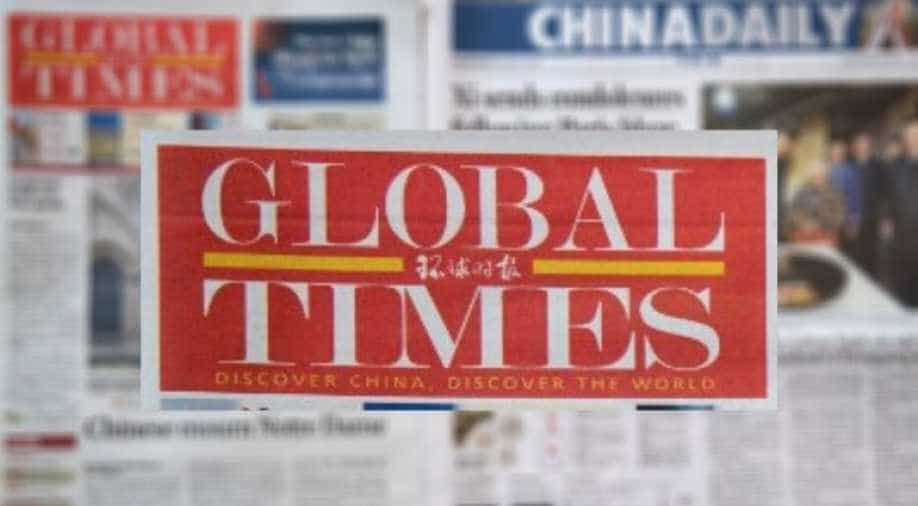 Global Times has often made rhetoric against India Photograph:( AFP )

Hu Xijin, Editor of Global Times likes to call himself a journalist. But to the world, he is synonymous with controversy and known for his loud parroting of Chinese propaganda

Hu Xijin, Editor of Global Times, China's mouthpiece is facing big charges. He has been accused of extramarital relationships with two female colleagues and having children out of wedlock. Global Times is China's most controversial mouthpiece and one of its loudest voices on social media.

Hu Xijin likes to call himself a journalist. But to the world, he is synonymous with controversy and known for his loud parroting of Chinese propaganda.

Global Times has often been known to publish rhetoric and posturing. It has even published stories tom-tomming Chinese 'preparedness' in the wake of India-China standoff at the LAC.

Hu Xijin reportedly studied international relations and was also a correspondent of the people's daily in Bosnia. The 60-year-old was also a pro-democracy activist at the Tiananmen Square.

But 30 years later- Hu Xijin is known for his loyalty to the Communist Party of China. The reformed comrade now refers to Hong Kong's pro-democracy activists as 'ISIS-like terrorists'.

In short, Hu is a big deal in China, and one of the most prominent voices of the country. In the last few months he has exceeded expectations in proving his loyalty to Chinese President Xi Jinping.

Hu has rather interestingly lectured wion on journalism. Called australia all sorts of names. He has even tried to provoke India.

Congratulations to India for becoming one of the US' many lovers, and winning itself a small gift that can temporarily satisfy India's self-esteem. pic.twitter.com/oEG1sjX6VG

Moreover, he spread fake news about the Wuhan virus.

It’s been a year since China detected the first unknown pneumonia case, but it’s uncertain when and where COVID-19 started to spread among people. What’s certain is that China is the fastest&most resolute in correcting mistakes, as a result, most successful in fighting the virus.

He has brainstormed on how China can win a battle in South China Sea.

And celebrated the bravado of the Chinese troops by endorsing their cooking skills.

However, Hu has claimed that this was all blackmail. He also claims that he has been set up by his Deputy Editor Maggie Duan Jingtao.

In what he calls a forced clarification, Hu has penned down an episode from October 27th.

'Comrade Duan Jintao came to my office, talked to me, and directly asked me to resign as the Editor-in-Chief of the Global Times and be replaced by her'

Hu says the matter involves the reputation of the Global Times.

We do not know who is speaking the truth. But there's one thing we know for sure, Hu Xijin need not worry about his paper's reputation. If you know you know.