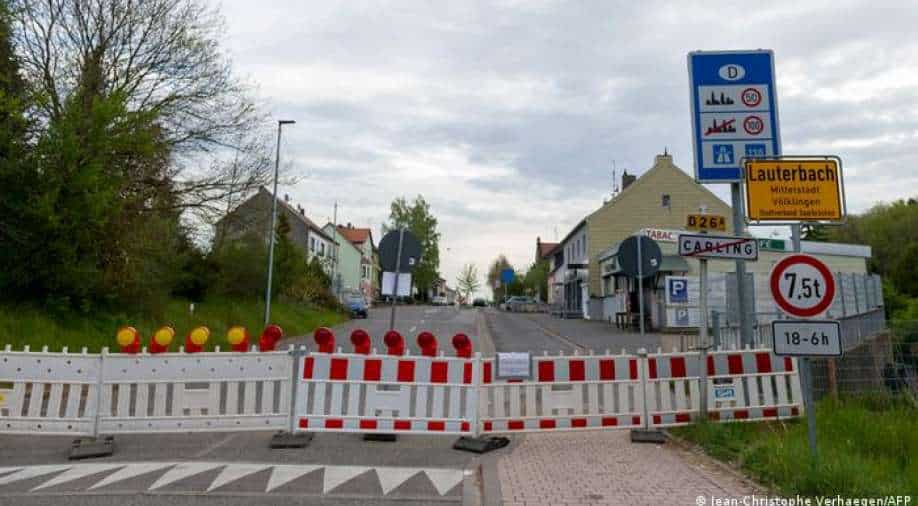 From Tuesday, cross-border travellers from Moselle will need to be able to show a recent negative coronavirus test.

Germany has already introduced tough checks at its borders with the Czech Republic and Austria's Tyrol region, ignoring calls from Brussels to keep borders within the bloc open.

At those crossings, only Germans and non-German residents are allowed to enter, as well as cross-border commuters working in certain categories of jobs.

Every vehicle is stopped and occupants must produce a negative test that is less than 48 hours old.

The checks on the German side of the Moselle crossing are expected to be less strict, a German interior ministry spokesman told AFP.

Instead of systematic checks, police would randomly stop vehicles on the German side and ask drivers to show "a negative test and their online entry registration", he said.

Germany has grown increasingly concerned in recent weeks about the rapid spread of new, more contagious strains of the coronavirus, especially those first detected in Britain and South Africa.

The coronavirus, including the more dangerous South African variant, is spreading faster in Moselle than elsewhere in France but French officials have pleaded with Berlin to avoid a full closure of the border.

"We don't want that," he said, adding that talks were ongoing with Berlin to find solutions for the roughly 16,000 commuters who cross from Moselle into Germany's Saarland and Rhineland-Palatine states every day.

The German interior ministry spokesman said the two countries would discuss details of the border implications on Monday.

Asked why the French checks would not be as stringent as those along the Czech and Austrian frontiers, the spokesman said Saarland and Rhineland-Palatine had not requested border closures.

"And there is a good cooperation between the affected German and French regions," he added.