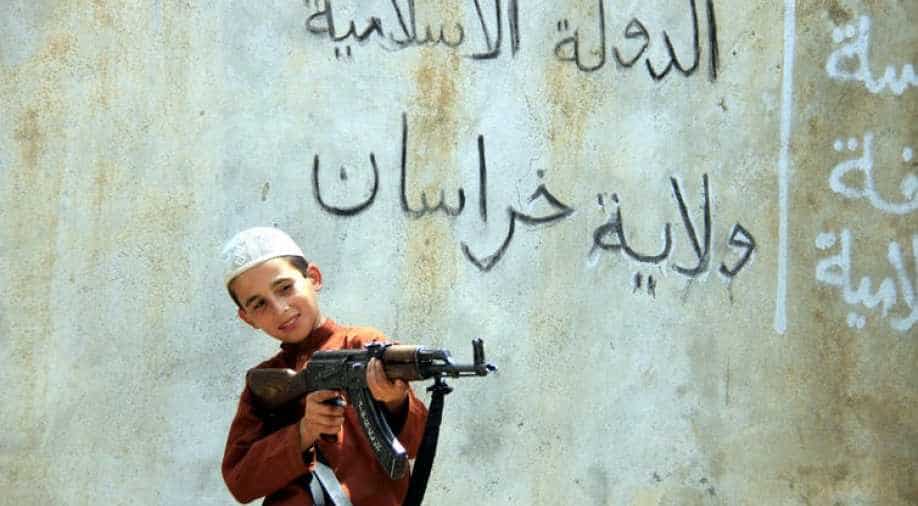 An unidentified child of a militant of Islamic State (IS) plays with an AK-47. Photograph:( Others )

Three of the four repatriated German children are orphans, according to German media, but no further details were available.

Germany has for the first time allowed children whose parents were suspected members of the Islamic State to return to Germany from northern Syria.

Foreign minister Heiko Maas said it will push for more such children to come to the country.

Like other western countries, Germany faces a tricky decision on how to deal with citizens who went to the Middle East to join groups like Islamic State, which was driven out of its last territorial enclave in March by US-backed forces.

Three of the four repatriated German children are orphans, according to German media, but no further details were available.

"We will push for more children to leave Syria," Maas said on Monday. "These are mostly young children ... they cannot be made responsible for the actions of their parents and we want to do something to help," he added.

Thousands of Islamic State members, including foreigners, women and children, are being held by Kurdish-led authorities in northern Syria.

German intelligence officials say more than 1,000 Germans went to fight in Syria and Iraq where Islamic State once controlled swathes of territory in a self-declared caliphate.

Other western countries including Britain and France are facing decisions on how to handle their citizens who went to join the Islamic State. The British government was heavily criticized after it decided to strip a 19-year-old woman of her citizenship in February, leaving her in a refugee camp in Syria where her baby died.