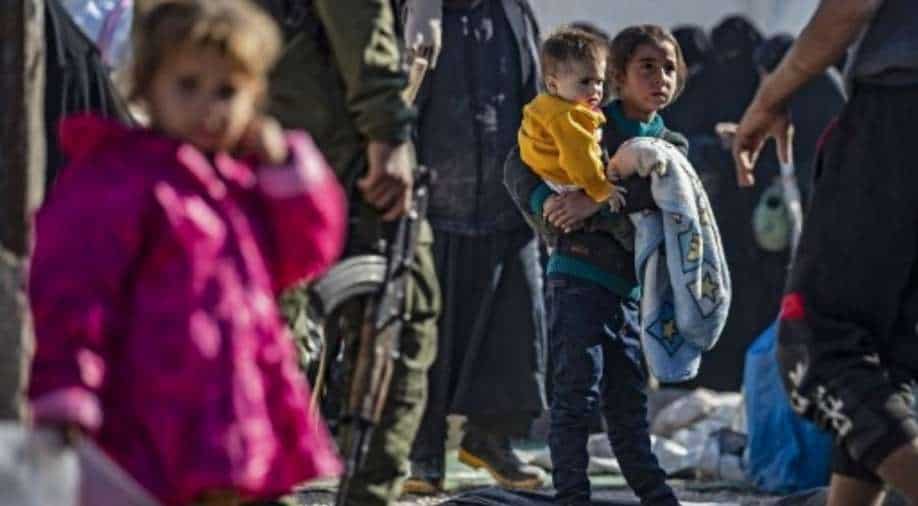 Many European nations have resisted repatriating their nationals from the camps, because of the security risks

Germany and Finland said Sunday they had repatriated 23 of their nationals, women and children, from Syria, some of whom were under criminal investigation for allegedly belonging to the Islamic State group.

"I am very relieved that we were able to repatriate another 12 children and three mothers from camps in northeastern Syria yesterday," German Foreign Minister Heiko Maas said in a statement.

Maas said the repatriations were "humanitarian cases, primarily orphans and children who were ill -– cases in which a repatriation was deemed particularly necessary and urgent."

He added that it is not legally possible to repatriate children without their mothers.

For its part, the Finnish foreign ministry said that it had brought home six children and two adult mothers.

Also read| Why Africa has become the new jihadist battleground

"Under the constitution, Finnish public authorities are obligated to safeguard the basic rights of the Finnish children interned in the camps insofar as this is possible," it said.

"The basic rights of the children interned in the al-Hol camps can be safeguarded only by repatriating them to Finland".

According to Helsinki, more than 9,000 foreign women and children, two-thirds of them children, are still being held in the al-Hol and Roj camps in northeastern Syria, housing suspected Islamic State family members and sympathisers.

Many European nations have resisted repatriating their nationals from the camps, because of the security risks, it said.

The group resided in a refugee camp under Kurdish control.

The three women were "wives of jihadists" of the Islamic State group and "are in very poor health," a spokesman for the Kurdish administration's foreign relations office, Kamal Akif, told AFP.

One of the German women was detained on arrival in Frankfurt, a statement by the anti-terrorist prosecutors' office said.

As well as allegedly belonging to the Islamic State group, the woman, identified as Leonora M. and aged 21, is suspected of using a young Yazidi woman as a slave.

Her husband was a member of the Islamic State group's "secret services", the prosecutor said.