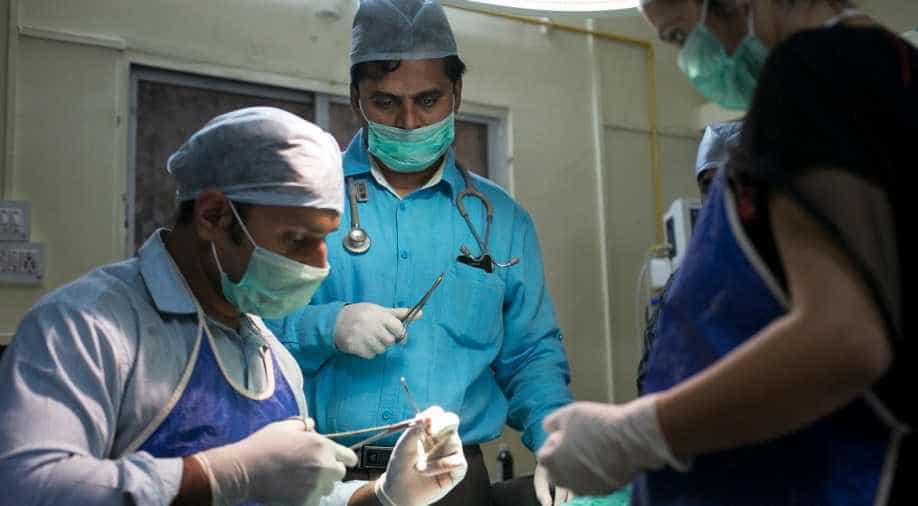 The world had ignored the plight of German healthcare professionals. Doctors and nurses have been battling the pandemic unarmed and ill-equipped.

Healthcare workers around the world are ill-equipped in their battle against the coronavirus. In fact, nurses in the United States and the UK were wearing bin bags.

In India, doctors are wearing raincoats in the absence of personal protective equipment. However, doctors and nurses are protesting nude in Germany for PPEs.

The world was once cheering Germany. It was being seen as the perfect fit for breaking the coronavirus infection chain in Europe courtesy Germany's rapid testing and low mortality rate.

But now the tide has turned and now it turns out, that buried beneath the sound of the applause were cries from the frontline. The world had ignored the plight of German healthcare professionals. Doctors and nurses have been battling the pandemic unarmed and ill-equipped. For months they stitched their own masks, managed their own protective gear and now they have lost all hope.

So, they are protesting in the nude. Their nakedness is a symbol of their vulnerability and their inspiration is one French doctor - Alan Colombie.

They want protective equipment. The healthcare professionals say they do not have gloves, masks or protective suits. They are even out of basic supplies like disinfectants. One study claims that Germany needs at least 100 million single-use masks for its doctors.

The country has banned the export of personal protection gear. It was back in March but the ban was clearly not enough. The government of Chancellor Angela Merkel is now ramping up its orders for PPEs.

On Monday, a German military plane brought 10 million medical masks from China which means, the country is still short of  90 million masks and the 10 million it has are Chinese masks which means they are good for nothing!

As doctors resort to nude protests, the total number of cases in Germany has crossed the 160,000-mark and over 6,300 people have died so far and there are nearly 140 new infections.

Germany cannot win this battle without its warriors.