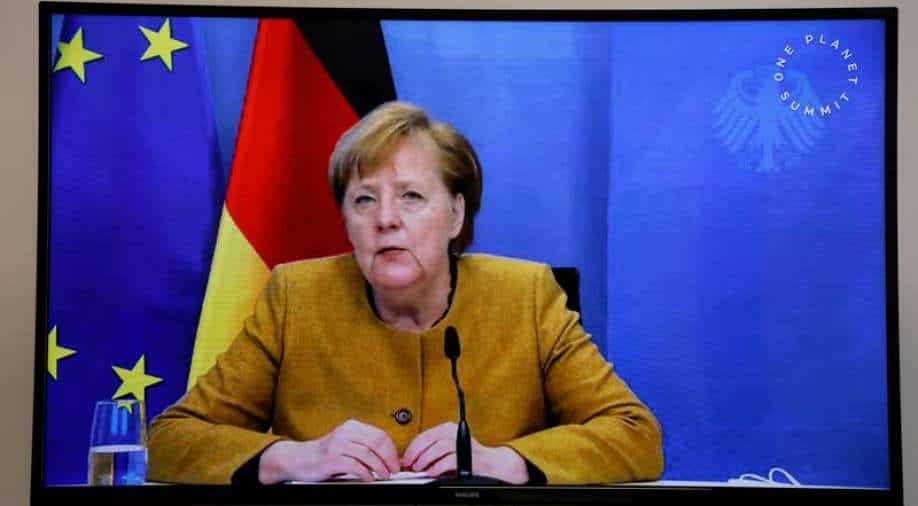 Seibert also said that the German government "condemns these incessant rocket attacks from the Gaza Strip against Israeli cities in the strongest terms", saying they "could not be justified"

Chancellor Angela Merkel's spokesman Steffen Seibert said that her government will never tolerate 'anti-Semitic' protests in the territory of Germany.

The statement comes after protests outside synagogues at which demonstrators shouted anti-Jewish slogans and burned Israeli flags over the escalating conflict in the Middle East.

"Anyone who attacks a synagogue or defiles Jewish symbols shows that for them it is not about criticising a state or the policies of a government, but about aggression and hate towards a religion and the people who belong to it," Merkel's spokesman Steffen Seibert said, adding that "our democracy will not tolerate anti-Semitic demonstrations."

On Wednesday (May 12), the German government had also condemned the incessant rocket attacks from the Gaza Strip against Israeli cities in the strongest terms", saying they "could not be justified".

"Israel has the right to self-defence against these attacks," he added.

Before the Nazis came to power, Germany had a Jewish population of about 500,000. The country’s population of 83 million now includes some 200,000 Jews. Many of them are immigrants from the former Soviet Union who were taken in after the Berlin Wall came down in 1989, a gesture of atonement for Nazi crimes.

Last year, during the 70th anniversary of the Central Council of Jews in Germany, Chancellor Angela Merkel had said that many German Jews still do not feel safe and that anti-Semitism in Germany "never disappeared."

"Many Jews do not feel safe, do not feel respected in our country. This is one part of today's reality and it causes me grave concern," Merkel had said.

In Germany, a Central Council of Jews was founded in 1950 to represent Jews who had survived the Nazi Holocaust. Noting that many Holocaust survivors couldn’t imagine a future in Germany, the council originally was envisioned as a provisional entity to help them emigrate.

But the decades since German reunification in 1990, in particular, have seen the Jewish community in Germany gain size and strength.