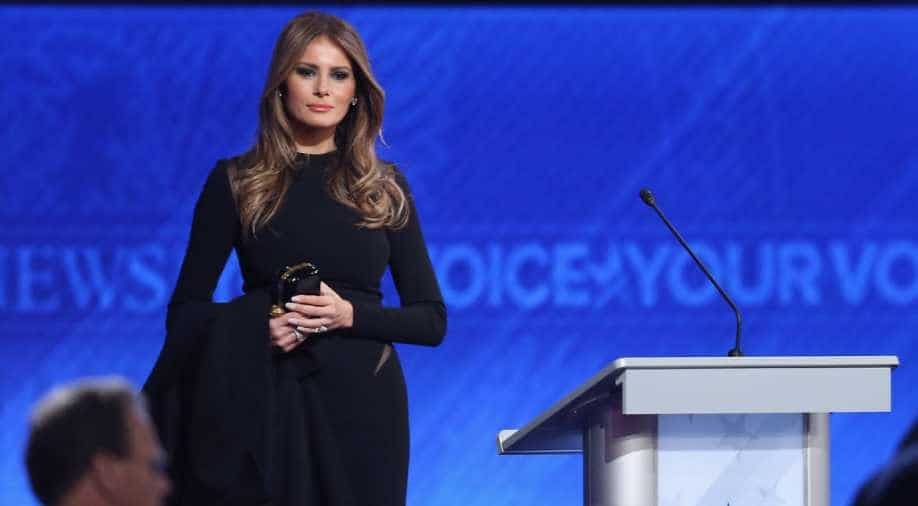 'The rhetoric of racism, sexism and xenophobia unleashed by her husband's presidential campaign are incompatible with the shared values we live by,' Theallet write in an open letter published Thursday. Photograph:( Getty )

There's no doubt which side the fashion world supported during the US presidential campaign.

For years, First Lady Michelle Obama and Democrats' vanquished presidential candidate Hillary Clinton have been favourites with fashion designers who dressed them in clothes aimed at evoking their values.

But New York-based French designer Sophie Theallet has gone a step further, throwing down the gauntlet by refusing to dress future first lady Melania Trump because of the political views of her husband, President-elect Donald Trump.

Theallet is urging other designers to follow her lead.

"As one who celebrates and strives for diversity, individual freedom and respect for all lifestyles, I will not participate in dressing or associating in any way with the next first lady," she wrote in an open letter published on Thursday.

"The rhetoric of racism, sexism and xenophobia unleashed by her husband's presidential campaign are incompatible with the shared values we live by."

"I am well aware it is not wise to get involved in politics," Theallet added.

"That said, as a family-owned company, our bottom line is not just about money."

The letter has prompted a flood of reaction on social media, much of it negative.

Theallet, 52, who has worked in the United States for more than fifteen years, is a regular fixture at New York's fashion week.

Her feminine designs have appealed to Michelle Obama, who provided welcome publicity by donning several of her dresses since 2009.

"She has contributed to having our name recognised and respected worldwide," Theallet wrote of the current first lady, indicating purpose behind Obama's fashion choices.

"Her values, actions and grace have always resonated deeply within me."