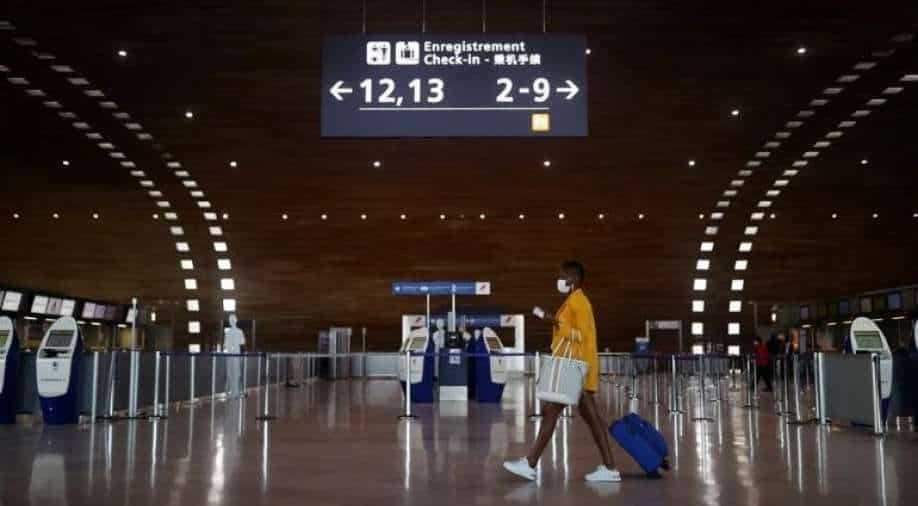 France is re-introducing tighter rules on arrivals from UK who are not French residents to curb the spread of Covid, notably its Indian variant, the foreign ministry said on Thursday.

Britons and other non-EU arrivals will again have to prove that they have a "compelling reason" to enter France, it said.

The ministry did not define "compelling", but the government has previously said that family, health or professional reasons could be acceptable.

Also read | Three quarters of new Covid infections in UK due to B.1.617.2 'variant of concern': Health minister

France had relaxed that requirement in March for the United Kingdom, as well as a number of other non-members of the EU, which Britain left last year.

But again from Monday "compelling reasons will be required for non-EU foreigners who are not residents in France and who come to France from the United Kingdom", the ministry said in a statement.

It said in addition those visitors would have to self-isolate for seven days on arrival.

Also read | Germany to vaccinate children over 12 from June 7

The ministry added, however, that, for now, there would be "no systematic checks" to ensure compliance with the requirement, "given the low incidence of Covid in Britain".

Visitors from Britain will still need a PCR or antigen test less than 48 hours old to be allowed into the country.

The French move comes after Germany said that travellers arriving there from the UK have to submit to a quarantine period of two weeks, regardless of whether they can provide a negative test result for the virus.

Police are authorised to carry out random spot checks to ensure that quarantine rules are respected, with non-compliance punished with fines of up to 1,500 euros ($1,800).