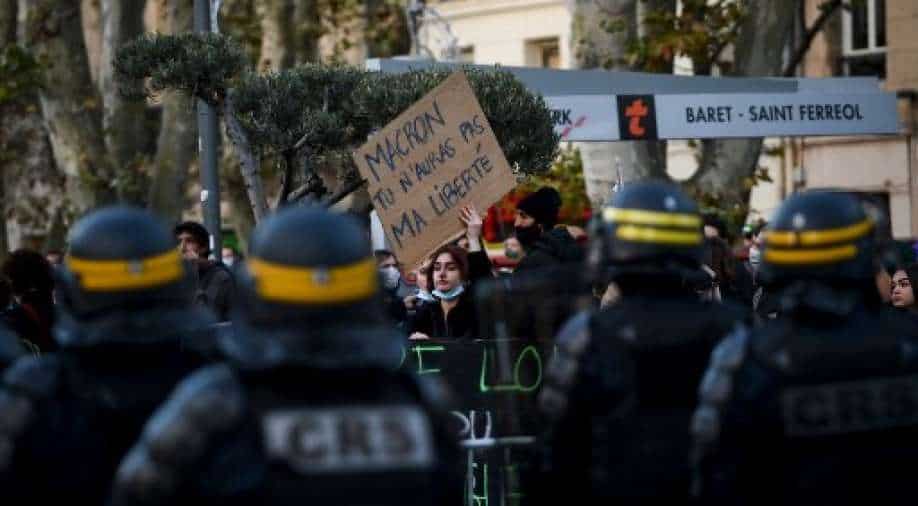 Migrants have being relocated in Paris and evicted from a street camp in central Paris. The "clean-up" shocked many even those within the French government. The use of force by the French police is being questioned as it comes at a time when France is mulling a new law that would ban taking pictures of police officials in action.

On Monday, French police vans arrived at a migrant camp at the Place de la Republique at the heart of the French capital where migrants mostly from Afghanistan had set up about 450 tents at the request of a local charity body. The police officials said the tents had been set up without official permission and needed to be removed.

However, the migrants protested but cops forecully began pulling out the tents. They shoved migrants to the ground, chased them down the streets even used teargas to disperse them. There were some journalists that got attacked as the clean-up began. The migrants did not take it lying down as they clashed with the police officials.

Footage from the site showed police and demonstrators pushing each other. Some french activists arrived at the camp and began rallying and chanted "solidarity with immigrants". They said the eviction was unnecessary and meant to hide the alleged failures of the French government in sheltering the refugees.

The French interior minister issued a statement, in a tweet Gerald Darmanin called the images of the dispersal shocking and ordered an in enquiry into what unfolded.

On Monday, French journalists held a meeting with the interior minister over the law. However, according to them their concerns fell on deaf ears.

"The rule of law as we know it, democracy in France, the Republic are endangered by these texts. So we appeal to the prime minister to finally restore things and to tell his minister to stop," Poupard added.

The French police have been filmed clashing with migrants with visuals going viral. The controversy is set to explode with some turbulent times ahead for France.