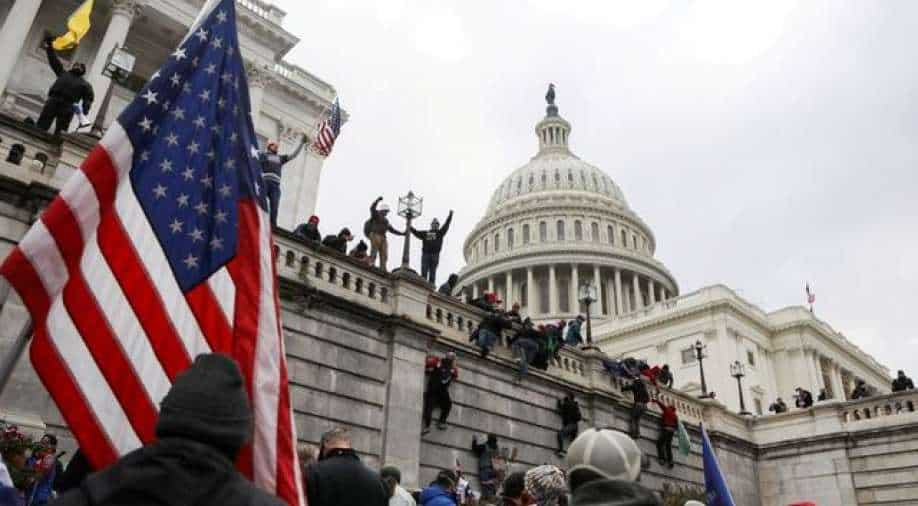 More than 300 people have been charged in connection with the attack which left five people dead after a mob of then-President Donald Trump’s supporters stormed the building in a failed bid to stop Congress from certifying Biden’s victory.

A federal grand jury charged four leaders of the far-right Proud Boys with conspiring to block Congress from certifying US President Joe Biden’s election on the day of a deadly assault on the Capitol.

More than 300 people have been charged in connection with the attack which left five people dead after a mob of then-President Donald Trump’s supporters stormed the building in a failed bid to stop Congress from certifying Biden’s victory.

The indictment alleges that Ethan Nordean of Washington, Joseph Biggs of Florida, Zachary Rehl of Pennsylvania and Charles Donohoe of North Carolina conspired to encourage members of the group to attend the Stop the Steal protest in Washington, DC, on January 6.

All four defendants in the superseding indictment released on Friday are the leaders or organisers of Proud Boys chapters in their respective states.

The indictment says they worked to obtain paramilitary equipment used for the attack on the U.S. Capitol, dismantled metal barriers set up to protect the building, and communicated using handheld radios and encrypted messaging applications.

It adds the effort included soliciting donations through an online crowdfunding campaign to help the Proud Boys pay for protective gear, and an online fundraiser that generated more than $5,500 to help cover travel expenses to Washington.

The indictment also alleges they made their intentions clear as far back as November, with Biggs declaring in a social media post on November 5, threatening war if the election was stolen from Trump, who lost the vote.

On January 5, 2021, a new encrypted messaging channel called “Boots on the Ground” was created, and more than 60 users participated, including the four defendants and a fifth unindicted co-conspirator, the indictment says. It says that later that day, the unnamed co-conspirator sent a message telling everyone that Nordean, who also goes by the name Rufio Panman, would be a leader in the effort.

“Rufio is in charge, cops are the primary threat, don’t get caught by them or BLM...” the unnamed person is quoted as saying. BLM stands for the Black Lives Matter movement.

The next day, the indictment alleges, they advanced towards the Capitol, knocked down metal barricades and eventually made their way into the Capitol.

Nordean and Biggs had previously been arrested on criminal complaints.

Approximately 20 people charged to date are associated with the Proud Boys, and some of the others have been tied to anti-government militias such as the Oath Keepers and the Three Percenters.

Earlier this month, however, the Justice Department lost its bid to keep Nordean detained pending trial, after a federal judge said the government had failed to substantiate allegations that Nordean was a ringleader of the attack.

Biggs was arrested back in January and released on a $25,000 bond.