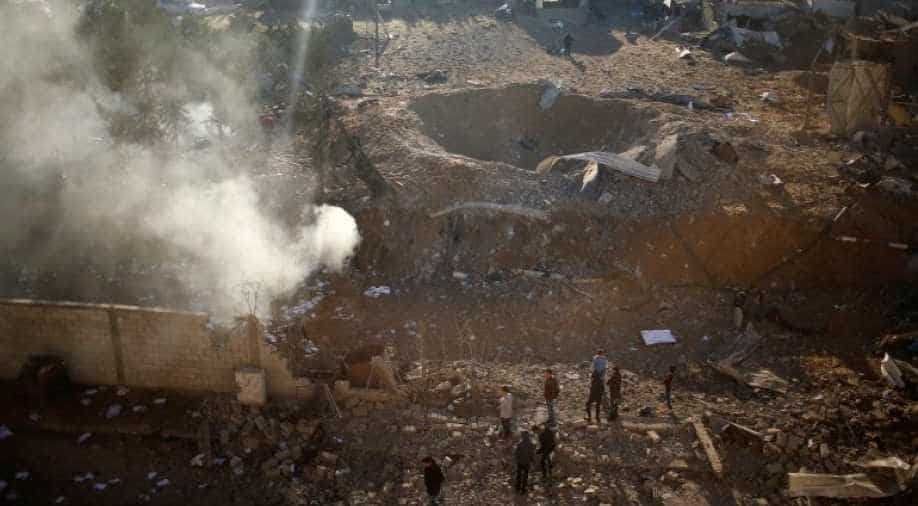 The Israel Border Police, which operates in the Israeli occupied West Bank, said its forces came under fire during a search for a Palestinian suspected of involvement in "terrorist" activities

At least four Palestinians were killed Monday in clashes with Israeli security forces at Jenin refugee camp in the West Bank, an Israeli official and the Palestinian health ministry said.

The Israel Border Police, which operates in the Israeli occupied West Bank, said its forces came under fire during a search for a Palestinian suspected of involvement in "terrorist" activities.

The Palestinian health ministry said that "two citizens were killed by the occupation at dawn in Jenin", identifying them as Raed Abu Saif, 21, and Saleh Omar, 19.

An AFP journalist saw two bodies at the Jenin hospital morgue, where witnesses said Israeli forces had also taken the bodies of two other Palestinians.

An Israeli border police spokesman said two other bodies were in the custody of his forces.

"Heavy gunfire was opened at a short range by a large number" of people, the Israeli official said.

"The border police force fired back at the terrorists and neutralised them. There were no victims among our ranks," he told AFP.

In recent weeks there have been numerous clashes between Israeli forces and Palestinians in the northern occupied West Bank, mainly in Jenin and Beita.

The inhabitants of Beita have held a number of demonstrations in recent weeks against the Israeli occupation and the settlement expansion, triggering violent confrontations.

The clashes with the Israeli security forces have claimed the lives of several Palestinians and left hundreds more injured.

Beita residents have been demonstrating since May against the wildcat Jewish settlement of Eviatar set up nearby without official permission from Israeli authorities.

The settlement was evacuated in early July but Israeli army troops remain stationed there while authorities deliberate on its fate.

If the settlement is approved, its founders will be allowed to take up residence there more permanently.

Beita's residents have vowed to continue their campaign until the army also leaves the outpost.

Israel occupied the West Bank during the 1967 Six-Day War and all Jewish settlements there are considered illegal by most of the international community.

Almost half a million people live in Israeli settlements in the West Bank, alongside 2.8 million Palestinians.