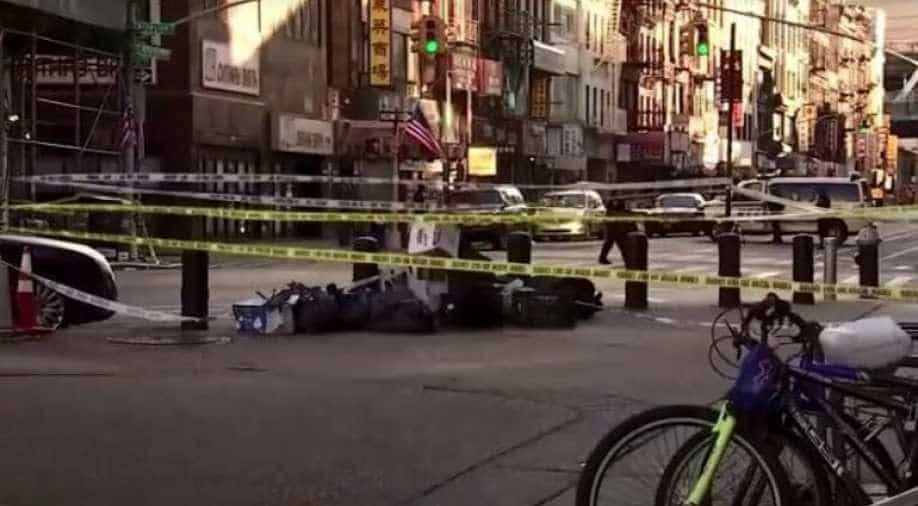 Police tape and vehicles near the crime scene in Chinatown. Photograph:( Reuters )

A fifth man was hospitalised in a critical condition.

A fifth man was hospitalised in a critical condition.

Police detained a 24-year-old male as the suspect in the attack in the Chinatown area of Lower Manhattan in the small hours of Saturday.

The victims were apparently asleep when they were set upon, said Michael Baldassano of the New York police department.

"The motive appears to be, right now, just random attacks," he told reporters. "No one was targeted by race, age, anything of that nature."

Every night more than 63,000 people sleep in the New York City shelter system, says the Bowery Mission, an advocacy group. But nearly 4,000 more sleep on the street, in the subway or in other public areas.