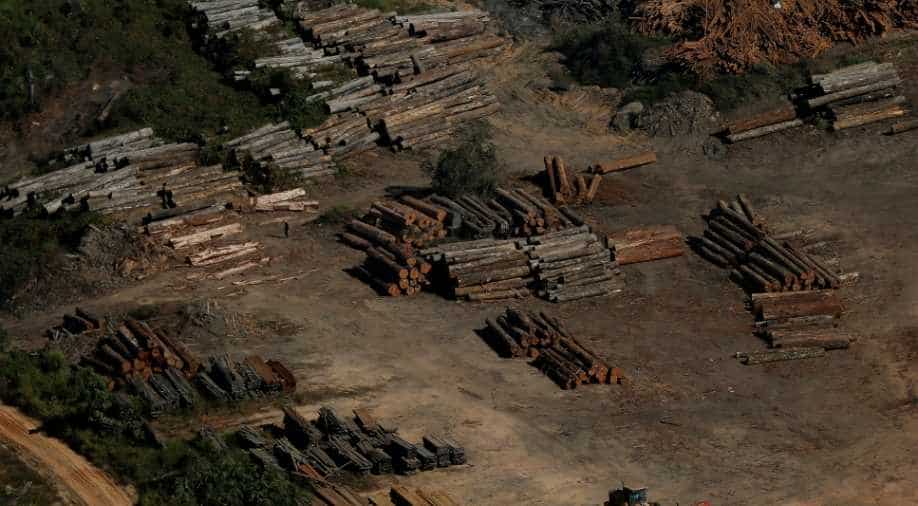 Nearly 73,000 fires were recorded between January and August, compared with 39,759 in all of 2018, the embattled National Institute for Space Research (INPE) said late Monday.

The number of forest fires in Brazil surged in the first eight months of 2019, official data show, as President Jair Bolsonaro faces growing criticism over rampant destruction of the Amazon.

Nearly 73,000 fires were recorded between January and August, compared with 39,759 in all of 2018, the embattled National Institute for Space Research (INPE) said late Monday.

That is the highest number of forest fires for any year since 2013 and follows two years of declines.

"What we are seeing is a consequence of the increase in deforestation seen in recent figures," said Ricardo Mello of WWF's Amazon Program.

Forest fires tend to intensify during the dry season, which usually ends in late October or early November, as land is cleared to make way for crops or grazing.

The INPE figures show fires have been concentrated in states occupying the Amazon.

Thick smoke has blanketed several cities in recent days and even caused a commercial flight to be diverted.

The data comes as Bolsonaro faces growing criticism over his anti-environment rhetoric, which activists blame for emboldening loggers, miners and farmers in the Amazon.

Norway on Thursday joined Germany in halting Amazon protection subsidies, accusing Brazil of turning its back on the fight against deforestation.

The governors of nine states spanning the Amazon also published a statement on Sunday saying they would negotiate directly with the Amazon Fund contributors.

The latest INPE figures coincide with a UN regional meeting on climate change in Brazil ahead of December's summit in Chile.

INPE is already in Bolsonaro's crosshairs over data showing a surge in deforestation in recent months.

Bolsonaro dismissed the figures as lies and sacked the head of the agency tasked with tracking forest clearing.

Brazil leads the region in forest fires this year, according to the INPE data that is collected via satellite and updated in real-time.