Flushing the toilet incorrectly may enable the transmission of COVID-19 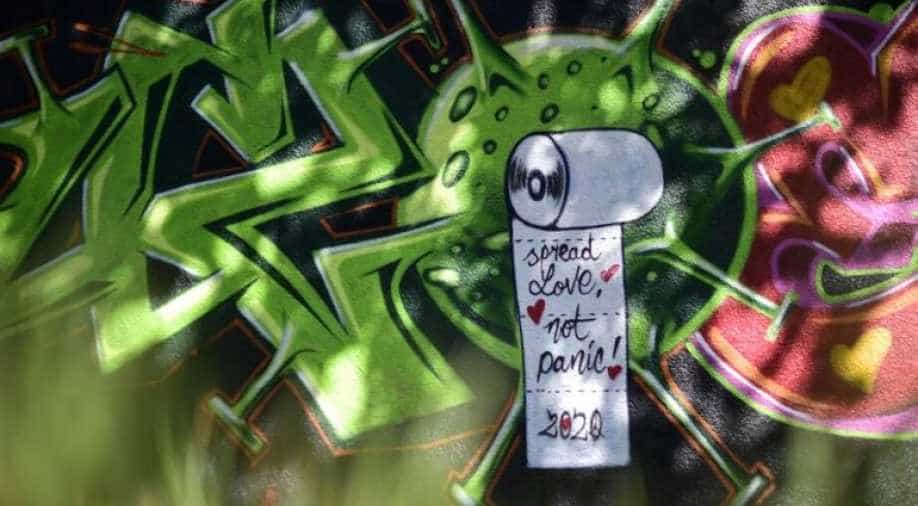 A graffiti of artist Kai 'Uzey' Wohlgemuth showing toilet paper and reading "Spred love not panic" is seen behind grass at a street in Hamm, western Germany, on April 20, 2020 during the novel coronavirus COVID-19 pandemic Photograph:( AFP )

Even though primary transmission occurs among people, many people can contract the virus through contact with infected surfaces as well

Coronavirus generally spreads from person-to-person, when someone who is infected sneezes or coughs and releases infected droplets into the open, which may then be unknowingly inhaled by others nearby.

Even though primary transmission occurs among people, many people can contract the virus through contact with infected surfaces as well.

These include any hard surfaces such as walls, tabletops, plates, even masks! A new study, however claims that flushing incorrectly may be able to able spread coronavirus through faeces.

Also read: Coronavirus vaccine could be on market in mid-2021, says German company

If you’re flushing the toilet with the seat up, you may be allowing little particles of faecal matter to be released into the air of your bathroom, allowing the virus to creep in. Early researches have shown how faeces contains and sustains the virus even after recovery, and that people in direct contact with infected faeces may be at risk of developing the virus. The virus can also live and multiply in the digestive system.

Not a major concern of worry, it may be one of the ways of latent transmission. However, it’s imperative to keep in mind that there’s still a lot that scientists do not know about the virus, for which vaccine development is underway around the world.

A team of researchers at the Yangzhou University in China have found that the water from a flushed toilet could spray particles upward into the air, as high as three-feet, which could be enough for the user to inhale those particles. And if they carry the virus, the person would then become infected.

"One can foresee that the velocity will be even higher when a toilet is used frequently, such as in the case of a family toilet during a busy time or a public toilet serving a densely populated area," Ji-Xiang Wang of Yangzhou University said in a public statement.

Norovirus, which causes vomiting and diarrhoea is known to spread through toilets.

People who develop the virus and remain asymptomatic may be transmitting it through faecal matter. Recently, Paris had found traces of COVID-19 in its sewer systems, while Japan has announced plans to monitor and test its drainage and sewer systems to limit the spread of this virus.