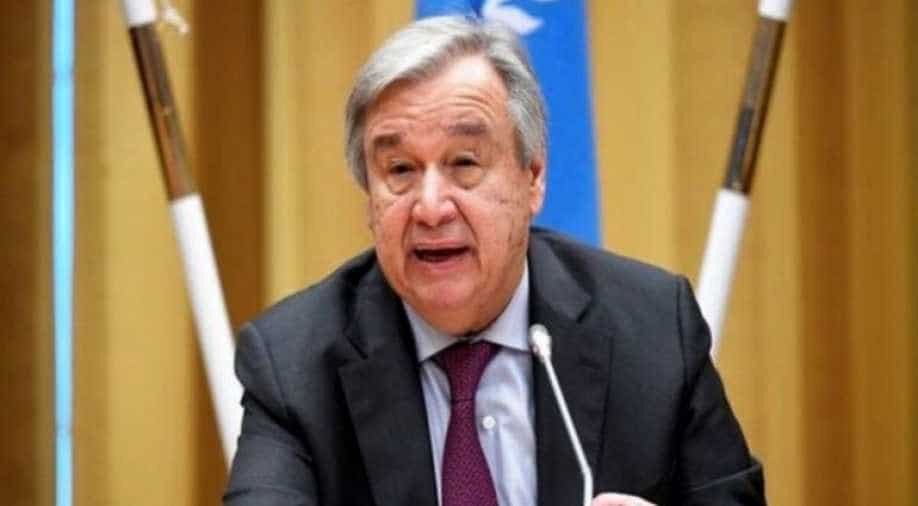 One was from Cambodia and the other from El Salvador, 'both members of MINUSMA,' the UN peacekeeping mission in Mali.

Two peacekeepers of the United Nations in Mali have died from the coronavirus, officials said Friday.

Out of the some 100,000 UN troops deployed on about 15 different missions around the world, these two are the first whose deaths were directly linked to the pandemic.

"Unfortunately, I also want to say that yesterday and today two of our military colleagues have passed away due to COVID-19," UN Secretary-General Antonio Guterres said, during a meeting at the UN headquarters in New York to honor the peacekeepers killed in conflict.

One was from Cambodia and the other from El Salvador, "both members of MINUSMA," the UN peacekeeping mission in Mali, Guterres said.

Other cases have been reported among peacekeepers in South Sudan, Libya, Israel and Darfur, the UN said.

In 2019, 83 soldiers, police officers and civilians in 39 different countries were killed during peacekeeping missions.

Including soldiers, police officers, civilians and all affiliated personnel, as of Friday there were a total of 137 cases of the coronavirus throughout the peacekeeping missions, with 53 recovered and the two dead, the UN said.

MINUSMA is the hardest-hit mission, with 90 cases of infection, 43 recovered and the two deaths.