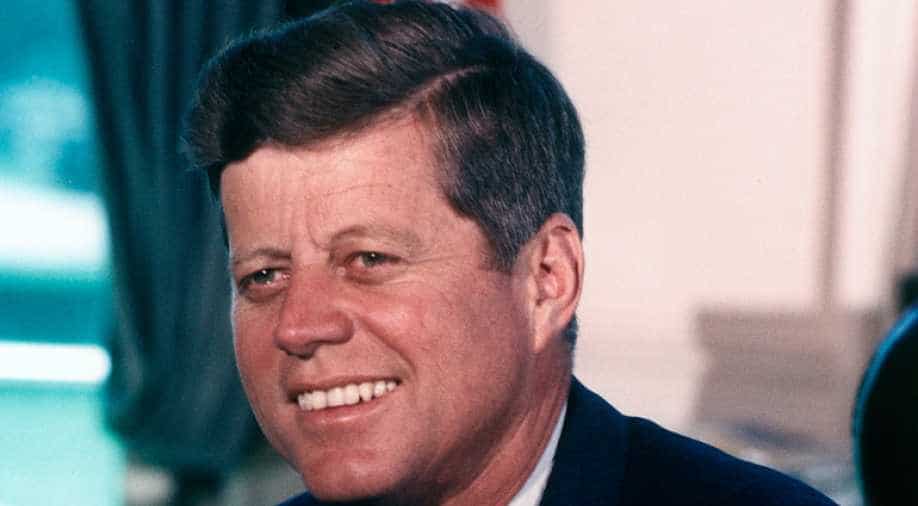 Thousands of books, articles, TV shows and films have explored the idea that the Kennedy assassination?was the result of an elaborate conspiracy. None have produced conclusive proof. (Image source: Flickr) Photograph:( Others )

More than half a century after US President John F. Kennedy was struck down by an assassin's bullet in Dallas, Texas, the United States is due on Thursday to release the final files on the investigation into the killing that rattled a nation.

Academics who have studied Kennedy's slaying on Nov. 22, 1963, said they expected the final batch of files to offer no major new details on why Lee Harvey Oswald gunned down the first and only Irish-American Roman Catholic to hold the office.

They also feared that the final batch of more than 5 million total pages on the Kennedy assassination held in the National Archives will do little to quell long-held conspiracy theories that the 46-year-old president's killing was organized by the Mafia, by Cuba or a cabal of rogue agents.

Thousands of books, articles, TV shows and films have explored the idea that Kennedy assassination was the result of an elaborate conspiracy. None have produced conclusive proof that Oswald, who was shot dead a day after killing Kennedy, worked with anyone else, though they retain a powerful cultural currency.

"My students are really sceptical that Oswald was the lone assassin," said Patrick Maney, a professor of history at Boston College. "It's hard to get our minds around this, that someone like a loner, a loser, could on his own have murdered Kennedy and changed the course of world history. But that's where the evidence is."

In 1992, Congress ordered that all records relating to the investigation into Kennedy's death should be open to the public, and set a final deadline of Oct. 26, 2017, for the entire set to be made public.

President Donald Trump on Saturday confirmed that he would allow the documents to be made public.

The documents to be released on Thursday will likely focus on efforts by the Central Intelligence Agency and Federal Bureau of Investigation to determine what contact Oswald had with spies from Cuba and the former Soviet Union on a trip to Mexico City in September 1963, experts said.

"There was a real concern that Oswald was maybe in league with the Soviet Union," Maney said.

Kennedy's assassination was the first in a string of politically motivated killings, including those of his brother Robert F. Kennedy and civil rights leader Martin Luther King Jr., that stunned the United States during the turbulent 1960s. He remains one of the most admired US presidents.