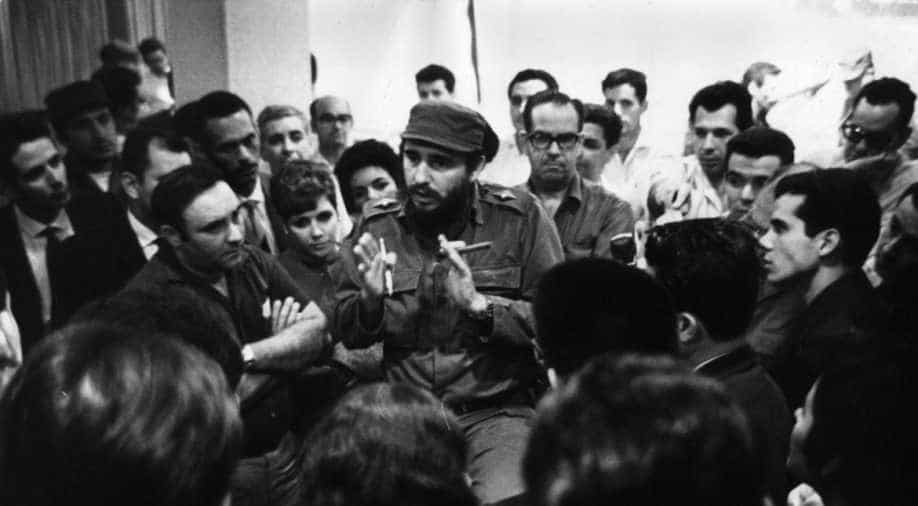 Both countries have maintained close contacts with each other in various international fora, such as the UN, NAM, WTO. Photograph:( Getty )

Among the first countries to recognise Cuba after the 1959 Revolution, India has traditionally shared warm and friendly ties with the island nation.

The revolutionary Cuban leader, Fidel Castro, will be remembered in India for his close association with the Nehru-Gandhi family.

His historic "sisterly" moment with former Indian prime minister Indira Gandhi at the Non-Aligned Summit in New Delhi in 1983 was recorded by all for posterity.

Host of the 1979 summit in Havana, Castro proudly passed the conference gavel to his "sister" Indira Gandhi which he sealed with a bear hug. That was his last visit to India.

1983 :: Fidel Castro Hugs Indira Gandhi At The Moment of Handing Over of The Chairman's Gavel During NAM Summit pic.twitter.com/TDF9nXCPxp

Condoling the passing away of the iconic leader, Indira Gandhi's daughter-in-law, Sonia Gandhi, who leads the Congress party now, described Castro's death as a loss not limited to Cuba or a particular ideology.

She said, "Castro's resolute support for India's cause on various fora will always remain deeply etched in the minds and hearts of the Indian people".

Both countries have maintained close contacts with each other in various international fora, such as the UN, NAM, WTO.

India has supported resolutions in the UN general assembly calling for lifting of US sanctions against Cuba. While Cuba shares India's views on democratising UN and expansion of the UN security council.