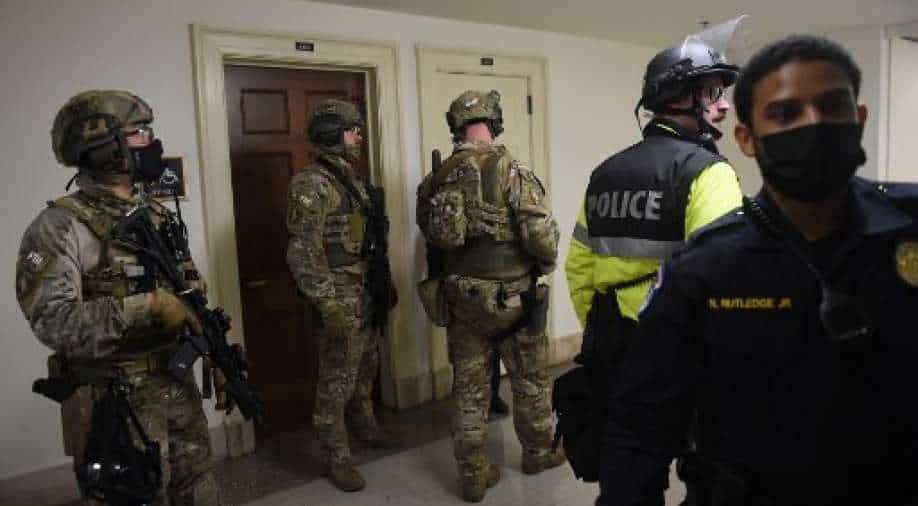 Chief of the defence department's National Guard Bureau Daniel Hokanson said that at least 6,200 have already been deployed in capital Washington

Ahead of Joe Biden's inauguration, America's FBI has warned that armed Trump supporters could hold protests in all 50 states between the coming weekend and January 20 when the president-elect takes oath.

As authorities begin ramping up security, Pentagon said it had authorized 15,000 National Guard troops to be deployed for Biden's inauguration.

Chief of the defence department's National Guard Bureau Daniel Hokanson said that at least 6,200 have already been deployed in capital Washington with another 10,000 planned deployment over the weekend.

Hokanson added that 5,000 troops could be deployed during Biden's oath-taking ceremony. The security measures are being implemented after the violence erupted last Wednesday in the Capitol when people stormed the US Congress with five people being killed and a police officer who died due to injuries.

Meanwhile, the US Justice Department has charged 15 people involved in violence last Wednesday on the Congress which includes Richard Barnett a Trump supporter who invaded the office of House Speaker Nancy Pelosi, and Lonnie Coffman of Alabama who was found carrying two handguns.

Barnett who was photographed with his feet on the desk in Pelosi's office was charged with theft of stationery by authorities.

Acting US Attorney Michael Sherwin said: "The lawless destruction of the US Capitol building was an attack against one of our nation's greatest institutions."

Reports said there are several more charges being framed as the FBI continues to investigate the case.

Washington police have arrested at least 40 people and charged them with various offences including weapons offences, unlawful entry and curfew violations.