Exclusive: 'China could get Russia to lower its tone on nukes', says international relations expert 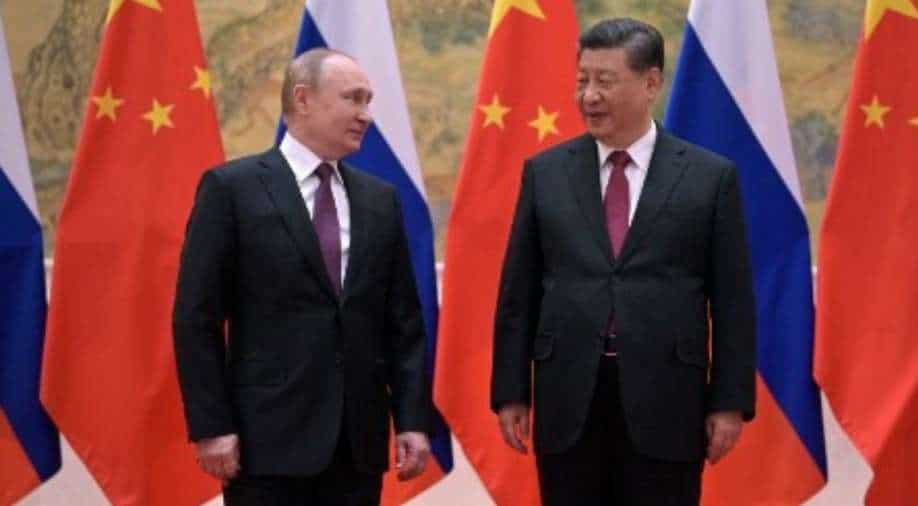 The Russian invasion of Ukraine continues to escalate as the conflicts and bombing have killed more than 100 people so far, including children.

A United Nations agency said on Tuesday (March 1) that at least 136 civilians have been killed, including 13 children, and 400 have been injured since Russia invaded Ukraine last week.

The United States officials have said that Russian President Vladimir Putin is reportedly frustrated by the Russian army's slower than expected progress in Ukraine. As a result, according to intelligence, he could double down on his attack.

ALSO READ | Did Biden say Iranian people instead of Ukrainians in State of the Union address?

WION's correspondent Jodie Cohen spoke with Dr Yonatan Freeman, who is an national security expert from Hebrew University's Department of Political Science. Here's what he has to say on what could happen next:

Question: Now with Russia expected to increase its advance, Ukraine has applied to join the European Union. What are the implications of this? And with Russia saying its nuclear deterrent forces are on high alert, people are even talking of a third world war – how likely is that?

Answer: The fact that Ukraine seeking to join the European Union is really a way to project itself to the world that it wants to be with the West.

But if it comes to World War II, anything could happen. We also know that historically speaking every 80-100 years there is a very big war that causes very drastic changes in the world. So, since World War II ended, we have reached that point in history. So it really depends on what happens next and how the world reacts to Russia.

Question: President Zelensky of Ukraine has expressed doubts that the negotiations between Ukraine and Russia will succeed. However, the two countries have announced the second round of talks. What’s your assessment on their chance of success?

Answer: It really depends on how much Ukraine keeps up its fight. I think when the war began, many thought that in a few hours, a few days Ukraine will be defeated but the Ukrainians are giving a fight. West is betting more on Ukraine's ability to resist.

We also have to remember that Belarus, where the negotiations are happening isn't a neutral site. It's happening at a place that is currently fighting Ukraine so don't see much moving there.

Question: You’ve previously said that you think Israel is one of the best countries in the world right now to serve as a mediator because of its close links to both sides. Now Israel is set to support the General Assembly resolution condemning Russia, where does this leave Israel’s relations with Russia?

Answer: Israel is going to be supporting the move in UNGA.

Both know that Israel has the ear of both these countries, even the United States.

Even after all these announcements by the foreign minister, even that it is sending humanitarian aid to Ukraine, the fact that we are assisting people to leave, but still remains to be seen whether or not Israel will be a mediator.

Question: With the West tightening its sanctions, especially through SWIFT, do you think China can fill in for Russia’s war chest. So far it has criticised sanctions politically.

Answer: China can assist when it comes to the economy. It has a lot of industries and it has its own. China has everything but it has plenty to lose in that case. China on one hand has been understandable but hasn't been full in support of Russian moves in Ukraine. China to get Russia on lowering its tones on nuclear weapons.

#Exclusive | "China could get Russia to lower its tone on nukes", says Yonatan Freeman (@YFreemanPhD), International relations expert, in an interaction with @JodieCohen613