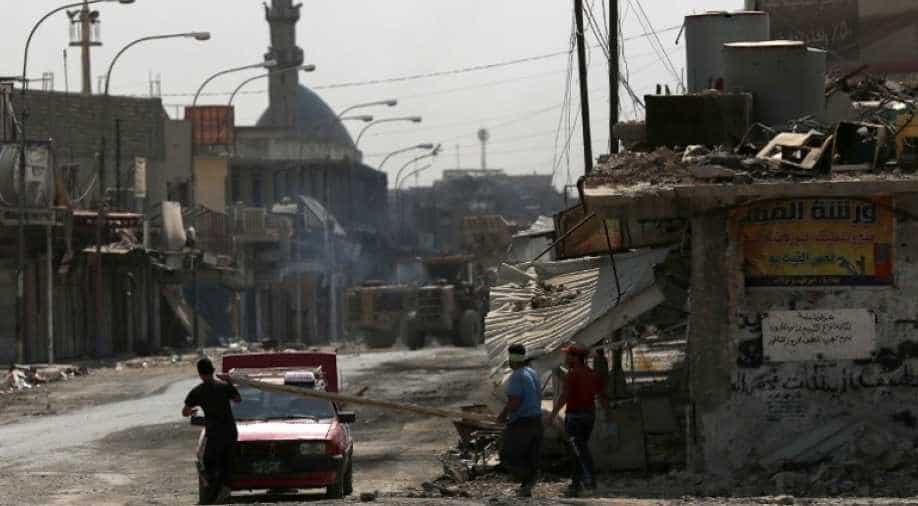 Iraqis walk on a street in west Mosul on July 13, 2017, a few days after the government's announcement of the liberation of the city from IS fighters. Photograph:( AFP )

The fate of thirty-nine Indians missing in Mosul is still uncertain, WION's correspondent  Daniele Pagani who has been on the ground at Mosul for the past week reports that the jail where the Indians were believed to be held has been leveled to the ground.

India's junior external affairs minister VK Singh in a tweet on July 12 had said he had visited the Peshmarga frontline in Mosul area to find out information about Indians held by ISIS, however, the minister was unable to find concrete evidence of the presence of Indians in the region.

On Sunday, external affairs minister Sushma Swaraj had said the Indians may have been hauled up in a jail in Badush in northwest Mosul, however, WION correspondent Daniele reporting from Badush said the prison has been "destroyed".

Sushma Swaraj had added that Iraqi's foreign minister Ibrahim Al Jaafari may bring fresh information about the missing Indians when he visits India on July 24.

The relatives of the thirty-nine missing Indians have been anxiously waiting for some good news and have been in touch with India's foreign ministry.

On this special segment, we focus on the fate of the 39 Indians taken hostage by IS in Iraq. WION's Daniele Pagani brings you this exclusive report on the challenges ahead for post-war Mosul and the search for Indian hostages (WION)