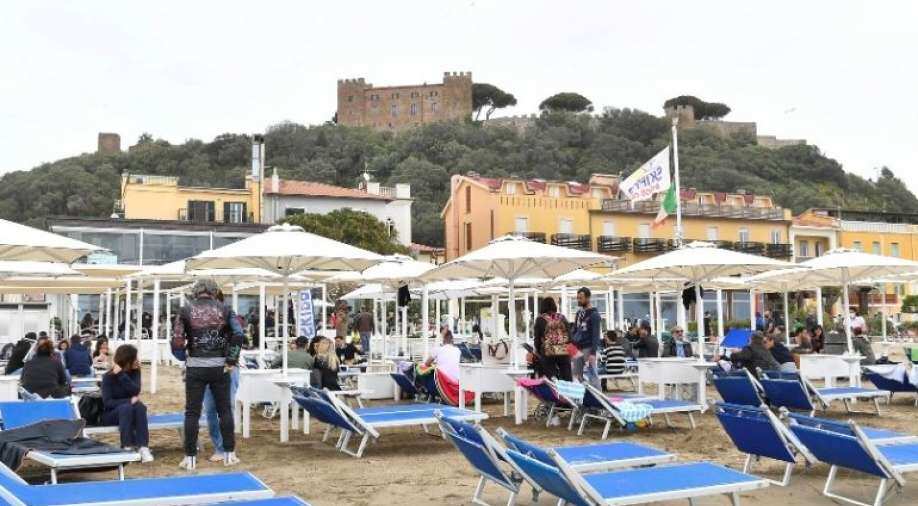 People enjoy a Sunday at the beach as coronavirus disease (COVID-19) restrictions ease around the country, in Castiglione della Pescaia, Italy, May 2, 2021 Photograph:( Reuters )

People from seven countries are allowed to enter the 27-nation bloc for vacations or other non-essential travel regardless of inoculation. But even then, everyone may be subjected to tests and quarantine.

The new proposals put forward on Monday require member countries approval before they come into force. The new rules would allow everyone who is fully vaccinated to enter the bloc. It will also take into consideration the “epidemiological situation” in countries before allowing foreigners in.

According to the data from Centre for Disease Control and Prevention (CDC) the new rules would allow people from many countries including Russia and Britain to visit the EU. US citizens though would not be allowed.

"The Commission proposes to allow entry to the EU for non-essential reasons not only for all persons coming from countries with a good epidemiological situation but also all people who have received the last recommended dose of an EU-authorised vaccine," the statement read.

The Commission is also offering an “emergency break” to limit the possibility of new variants popping up in EU countries. These provisions would allow quick restrictions on travel in countries where the situation deteriorates quickly.

"This could be extended to vaccines having completed the WHO emergency use listing process. In addition, the Commission proposes to raise... the threshold related to the number of new COVID-19 cases used to determine a list of countries from which all travel should be permitted”, the statement added.

The countries will discuss the proposal on Tuesday and suggests reciprocity should be taken into account while allowing non-essential travel from some countries.