Erdogan rules out 'smallest step back' in Syria's Idlib 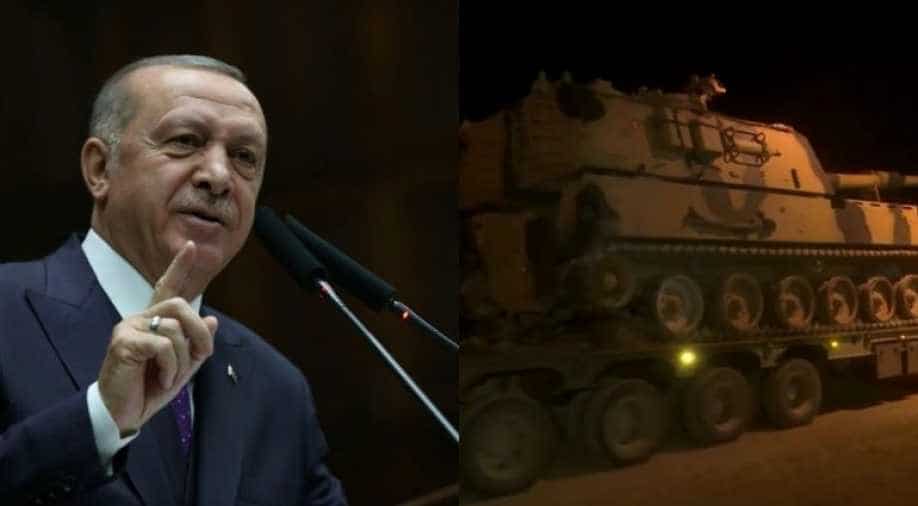 Meanwhile, a meeting between Erdogan and his Russian counterpart, Vladimir Putin, is expected to take place, the Turkish foreign minister, ahead of a possible summit including EU heavyweights Germany and France to find a political solution to the Idlib crisis.

President Recep Tayyip Erdogan on Wednesday vowed Turkey would not take the "smallest step back" in an escalating stand-off with Damascus and Russia over the northern Syrian region of Idlib.

Meanwhile, a meeting between Erdogan and his Russian counterpart, Vladimir Putin, is expected to take place, the Turkish foreign minister, ahead of a possible summit including EU heavyweights Germany and France to find a political solution to the Idlib crisis.

"We will not take a smallest step back in Idlib, we will certainly push the regime outside the borders we designated, and ensure the return of the people to their homes," Erdogan told ruling party's lawmakers in parliament in Ankara.

As part of deals with Russia -- a key supporter of President Bashar al-Assad -- rebel backer Turkey has 12 observation posts in Idlib but several have come under fire from Assad forces.

Ankara has confirmed as many as 17 Turkish security personnel have been killed this month alone.

Erdogan bluntly warned the Syrian regime to "stop its attacks as soon as possible" and to pull back by the end of February.

"The time we have given to those who besieged our observation towers is running out," Erdogan said.

"We are planning to save those of our observation posts from the besiegers one way or another by the end of this month."

Erdogan added that "the biggest problem we currently have is that we cannot use the air space" over Idlib which is controlled by Russia.

"God willing, we will find a solution soon."

In recent weeks, Damascus backed by Russian air strikes has pressed a major offensive against the remaining territory held by jihadists and Turkish-backed rebels in Idlib.

In a statement read on public television, the Syrian army on Wednesday announced it had "regained control" of a dozen of areas in recent days, including  Kafranbel in the south of Idlib, a town known to have been among the first to rebel against Damascus.

The army vowed to "liberate the territories of the Syrian Arab Republic from terrorism and its supporters."

Idlib hosts more than three million people -- half of them already displaced by violence elsewhere and the United Nations has warned against an imminent "bloodbath" amid the contiuing fighting.

Turkish Foreign Minister Mevlut Cavusoglu was quoted as saying on state-run TRT tv, that as a first step, "what President Erdogan and Putin have agreed is to come together at a bilateral format."

While backing opposite sides, Russia and Turkey have worked to end the conflict but strains have soared in recent weeks over Idlib.

The tensions are seen as the biggest threat to Ankara-Moscow ties since Turkey shot down a Russian warplane over Syria in November 2015.

The Kremlin indicated Tuesday however, that an Erdogan-Putin meeting was not on the cards, also saying that a tripartite summit with another regime ally Iran could be planned instead of a multilateral one with France and Germany.

A Russian delegation was due to hold another round of talks with Turkish officials in Ankara Wednesday.