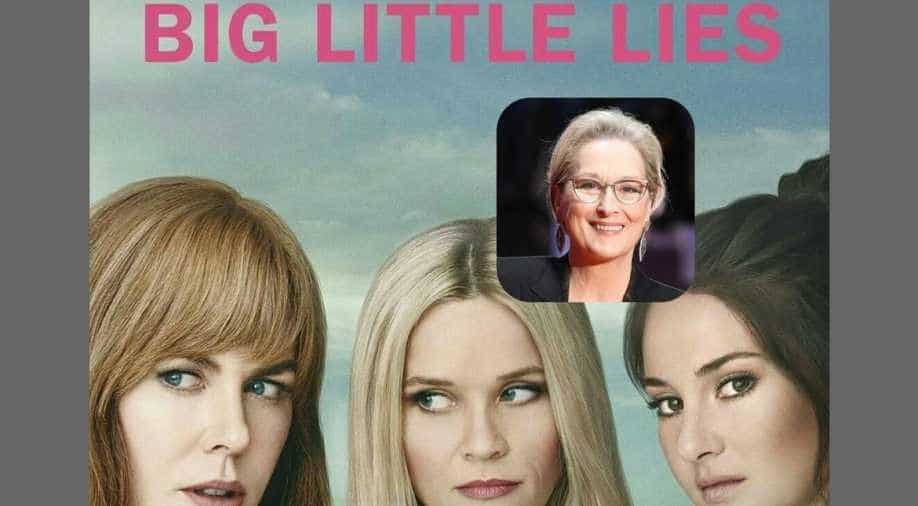 HBO’s hit series ‘Big Little Lies’ is now in full gear as season one star Nicole Kidman shared a photo of none other than powerhouse performer Meryl Streep joining the ranks for season two.

Debuting on the series, Meryl Streep joins as Nicole Kidman’s mother-in-law, Mary Louise Wright. She is the mother of Perry Wright played by Alexander Skarsgård -- and comes to Monterey looking for answers following the death of her son.

Nicole shared a photo of Meryl from the set and we are excited for the season to release already:

First day on the set with Meryl and “my” darling boys! #BigLittleLies

This photo reveals one out of the two new additions that we told you about a couple days ago in the cast of ‘Big Little Lies’. Season two will see the entire cast of season one join the new team, including executive producer Reese Witherspoon, Laura Dern, Shailene Woodley, Adam Scott, Zoë Kravitz, James Tupper, Iain Armitage, Jeffrey Nordling and many more returning faces. Also Read: Meryl Streep to join Big Little Lies

While appearing on the popular show ‘Late Night with Seth Meyers’, another cast member Reese Witherspoon spoke about the moment she found that Streep would be part of the cast. She narrated: "Well, she sent an email to Nicole and I and it said, ‘OK, I read the part and I love it and I'm going to do it.' And I like dropped the phone, like mic drop, but I phone dropped. And then I called Nicole and I was like, ‘Is this real life? Is this really happening?' And then I got off the phone with Nicole and I, like, hugged myself gently for a minute and said, ‘This is really happening. You're really working with Meryl Streep.'"

The second season of ‘Big Little Lies’ will "explore the malignancy of lies, the durability of friendships, the fragility of marriage and, of course, the vicious ferocity of sound parenting. Relationships will fray, loyalties will erode…the potential for emotional and bodily injury shall loom."