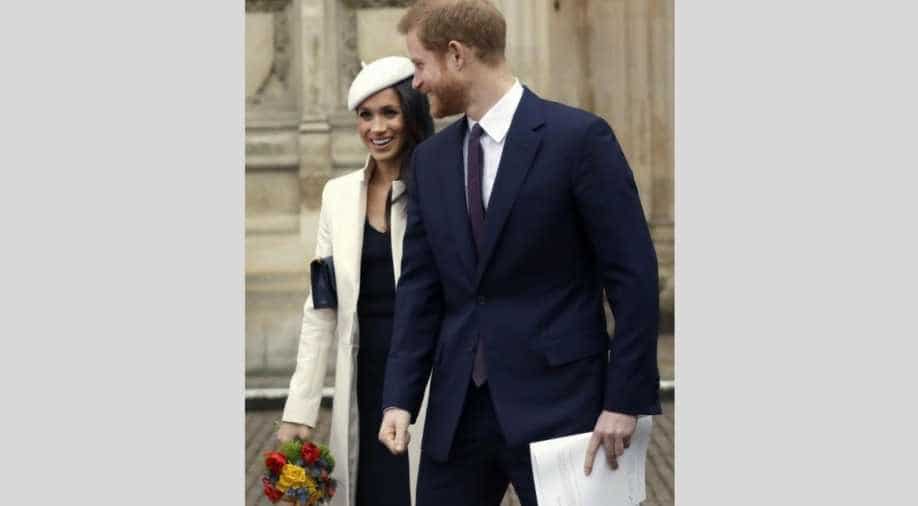 Prince Harry's fiance Meghan Markle who is soon to be Royal Highness was seen on her first official event alongside the Queen on Monday.

Meghan attended a service to mark Commonwealth Day along with fiance Prince Harry, Prince William, Duchess Kate and other senior royals at Westminster Abbey. The service was held ahead of the 24th Commonwealth Heads of the Government Meeting which take place in April in London.

The Duke and Duchess of Cambridge, Prince Harry and Ms. Meghan Markle arrive at @wabbey for the #CommonwealthDay Service.

The Commonwealth Service is the largest annual inter-faith gathering in the United Kingdom. pic.twitter.com/gBXY4Dp7IL

A curtsie for Meghan Markle as she attends the Commonwealth Observance Service today @GettyImages pic.twitter.com/aPx6aTiF15

As The Duke and Duchess of Cambridge, Prince Harry and Ms. Meghan Markle departed @wabbey, they received some beautiful posies - thank you! pic.twitter.com/jQ1zZPUKWZ

The event saw Meghan sing 'God Save The Queen' when Head of the Commonwealth herself --Queen Elizabeth II made an entrance.

The event also saw Prince Charles, the Duchess of Cornwall and Prime Minister Theresa May in attendance. The Duke of Edinburgh, who retired from public service last year, did not attend the service.

The former Suits actress rose to fame after Prince Harry proclaimed his love for the actress publicly. He proposed to Meghan over a dinner he was preparing for them and soon popped the question. The two are set to get married on May 19 at Windsor Castle.

In another news, there are reports of a TV movie being made on Prince Harry and Meghan Markle's love story titled "Harry & Meghan: The Royal Love Story". The film will chronicle the couple's relationship from when they met through friends in 2016.