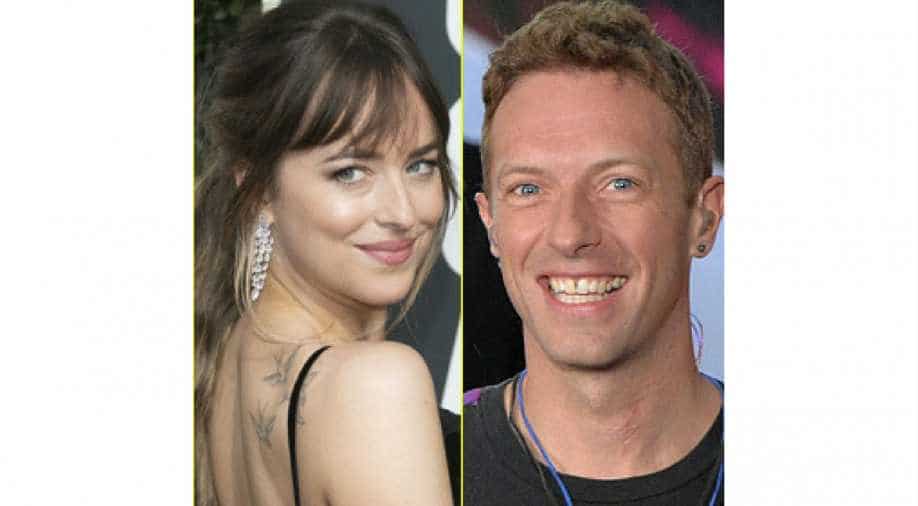 Onlookers at the Stella McCartney’s Autumn 2018 Collection in Los Angeles said that the new couple couldn't take their hands off each other throughout the event. Photograph:( Twitter )

"Fifty Shades'" actress Dakota Johnson and rumoured beau Chris Martin, lead singer of Coldplay were spotted indulging in PDA on Tuesday evening when the couple was out on a date.

The pair who have been rumoured to be dating since October last year made their way to Stella McCartney’s Autumn 2018 Collection in Los Angeles, skipping the red carpet and cameras.

While they skipped the paparazzi waiting for them to arrive, the couple did show affection inside the event.

Onlookers saw the couple "holding hands throughout the event" with Dakota being "super into PDA".

The onlooker added, “They had their arms around each other during Bruno Mars’ song ‘Finesse.’ Chris bobbed his head around as she leaned into him.”

Dakota wore a sparkly, plunging neckline dress while the singer was spotted in casuals, baseball cap and scarf.

The "Fifty Shades" actress was previously linked to model-rocker Matthew Hitt before being paired up with Chris Martin after the two started hanging out together too much. The dating rumours spiralled after the two went out on a sushi date in October in Los Angeles. They were also seen only last month vacationing in Malibu, cuddling with each other on the beach.