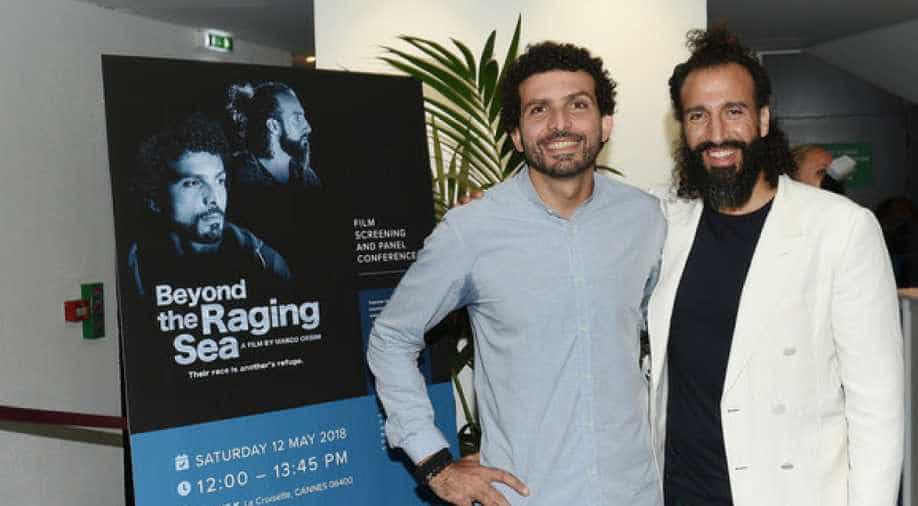 Two adrenaline junkies setting off to row across the Atlantic were ready for a challenge. But when disaster struck they got a glimpse of the horrors faced by people who take to the sea out of desperation rather than a thirst for adventure.

Their story is told in "Beyond the Raging Sea", a documentary presented at the Cannes Film Festival about the doomed attempt by mountaineer Omar Samra and professional triathlete Omar Nour, both Egyptians, to complete the 3,000-mile (4,800 km) Talisker Whisky Atlantic Challenge.

After their rowing boat is flipped over by giant waves, the men are left with nothing but a malfunctioning inflatable lifeboat and no way of knowing that their location device had failed, making it unlikely they would be found in the middle of the ocean.

The film uses footage filmed by the two men and by their eventual rescuers - the crew of a passing cargo ship. Produced in association with the U.N. High Commission for Refugees, it compares the pair`s adventure with the risks taken by hundreds of thousands of migrants every year.

"For 13 hours we were in their shoes," Samra told Reuters in an interview. "We only experienced a fraction of what refugees go through and these things happen on a weekly basis."

Director Marco Orsini hopes the film will bring public attention back to the refugee crisis in the Mediterranean, by getting the audience to root for the two Omars` survival and then showing news footage of migrant rescues.

"After time, after so much footage of dead bodies washing up on the shores ... you just become desensitized to the whole issue," he said.

"I realise that this film can have an impact on people, on how they view the plight of refugees, and that’s what it’s all about.”

The Cannes Film Festival runs to May 19.