Beyonc?, Eminem and The Weeknd to headline Coachella 2018 lineup 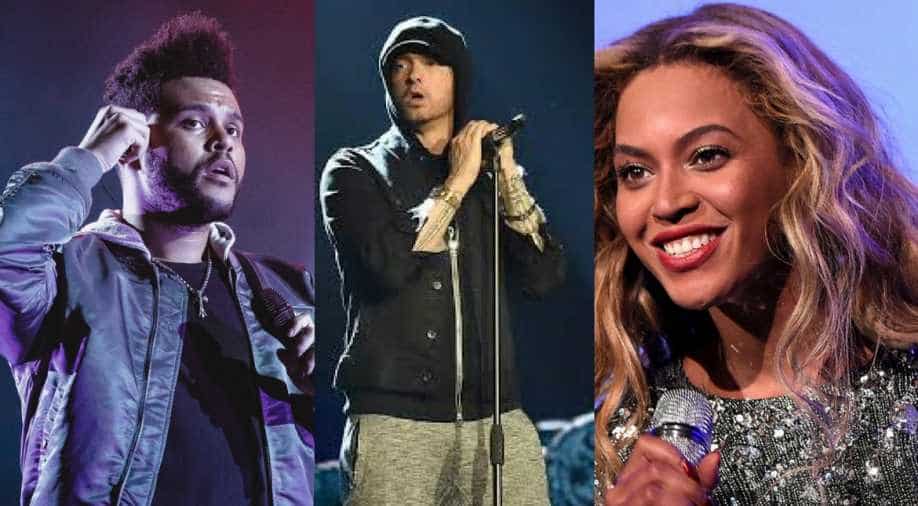 It is said that the full lineup has been booked with a sensitivity to increasing female participation and ethnic diversity at the festival. Photograph:( Twitter )

The official Twitter page for Coachella Valley Music and Arts Festival? announced their lineup this year and it's even better than ever.

The music festival announced The Weekend, Beyoncé and Eminem as headliners.

In an interesting update, Beyoncé will return to the Coachella stage after postponing her 2017 performance due to her pregnancy with twins Rumi and Sir Carter. The high-profile performance was considered risky given the advanced state of her pregnancy at the time of the set in April 2017.

Announcing at the time, Coachella promoter Goldenvoice and Parkwood Entertainment said in a joint statement, “Following the advice of her doctors to keep a less rigorous schedule in the coming months, Beyoncé has made the decision to forgo performing at the 2017 Coachella Valley Music & Arts Festival."

He added, “However, Goldenvoice and Parkwood are pleased to confirm that she will be a headliner at the 2018 festival. Thank you for your understanding.”

The desert fest will once again return to the Empire Polo Club in Indio, California.