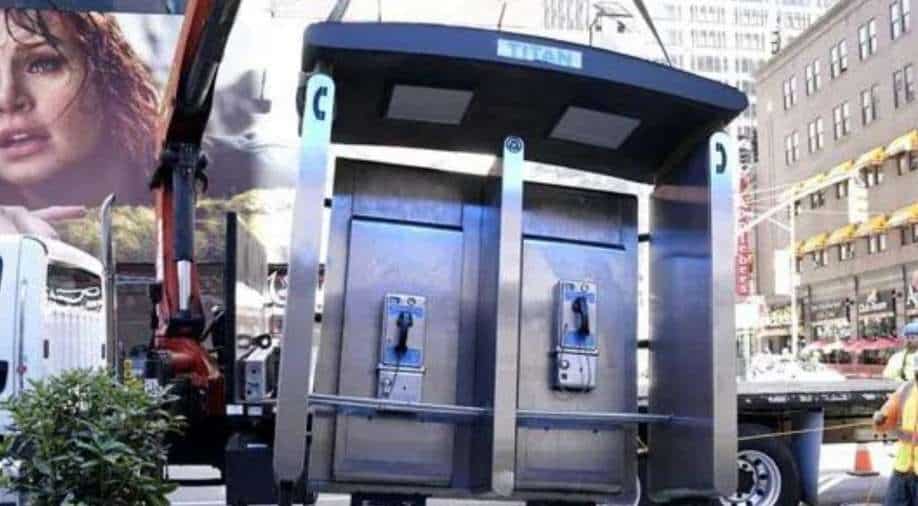 In the early 2000s, when the use of cell phones increased, fixed-line payphones started losing their popularity and began disappearing from the streets of New York. Manhattan will keep four booths

End of an era as New York City removed its last public payphone on Monday (May 23). Payphones were once an iconic symbol across the city. They were also quite popular in pop culture like Hollywood movies, comics, TV shows, etc. However, they fell victim to modernisation and technological advancements, such as cell phones and free Wi-fi. Social media users were nostalgic when pictures of the removal of the final payphone, which was located on 7th Avenue, were circulated online. A report by CNBC stated that the last public pay telephone will be displayed at the Museum of the City of New York.

Notable, local media also reported that Manhattan will keep four of the old-fashioned phone booths on the Upper West Side, on West End Avenue at 66th, 90th, 100th and 101st streets.

Mark Levine, who is Manhattan borough president, had the last booth housing two Bell System payphones at the corner of 7th Avenue and 50th Street dismantled. The payphones were lifted by crane and were put on a flatbed truck.

Levine said on Twitter he was "on hand today to say 'Bye Bye' one last time to the famed (infamous?) NYC pay phone. I won't miss all the dead dial tones but gotta say I felt a twinge of nostalgia seeing it go."

"Truly the end of an era but also, hopefully, the start of a new one with more equity in technology access," Levine added.

ALSO READ | 'Round and round we go': NASA shares breathtaking image of Whirlpool Galaxy

With all the Payphones now gone. Where will Superman get changed? pic.twitter.com/jlCWEEagqt

Feels like the end of an era. RIP payphones pic.twitter.com/Xy8Wi3BSVn

End of an Era:
Today the last public payphones were removed from New York City.

The phone booths (pictured) were at 50th Street and 7th Avenue.

The era of the payphone is over. The phrase "drop a dime" will become a mystery to future generations#NewYorkCity pic.twitter.com/WjJZWlsmSr

In the early 2000s, when the use of cell phones increased, fixed-line payphones started losing their popularity and began disappearing from the streets of New York. In 2015, Manhattan started the installation of thousands of LinkNYC hotspots offering WiFi and free local calls.

Commissioner Matthew Fraser said in the release, “Just like we transitioned from the horse and buggy to the automobile and from the automobile to the airplane, the digital evolution has progressed from payphones to high-speed Wi-Fi kiosks to meet the demands of our rapidly changing daily communications needs."