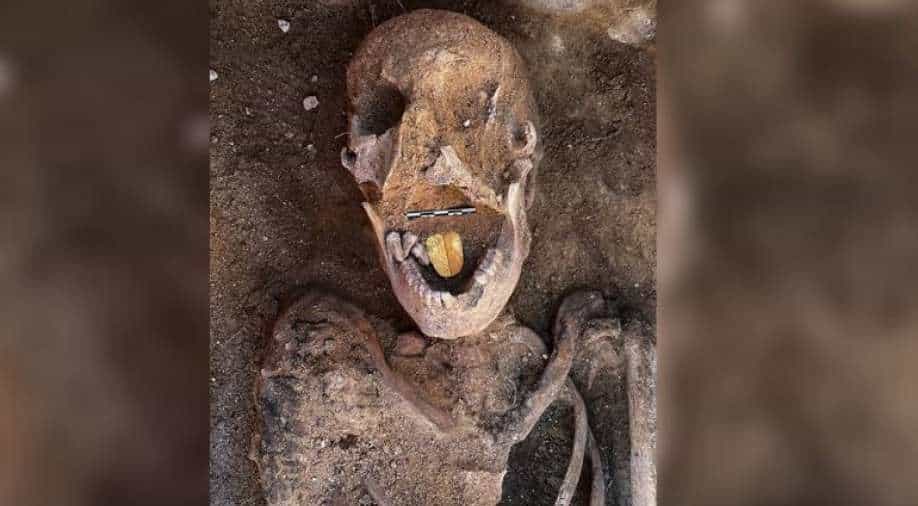 A handout picture released by the Egyptian Ministry of Tourism and Antiquities on January 29, 2021 shows a 2,000-year-old mummy with a gold foil amulet inside his mouth uncovered at the Taposiris Magna Temple in western Alexandria Photograph:( AFP )

Mummies from around 2,000 years ago with golden amulets in their tongues were discovered in Alexandria, Egypt recently

Mummies from around 2,000 years ago with golden amulets in their tongues were discovered in Alexandria, Egypt recently. The information was revealed by authorities on Wednesday and was undertaken by an Egyptian-Dominican archaeological mission working near Alexandria.

"The mission discovered 16 tombs cut into the rock... in the temple of Taposiris Magna, west of Alexandria", the authorities announced in a statement.

The statement added that such burial techniques were common during the Greek and Roman periods. 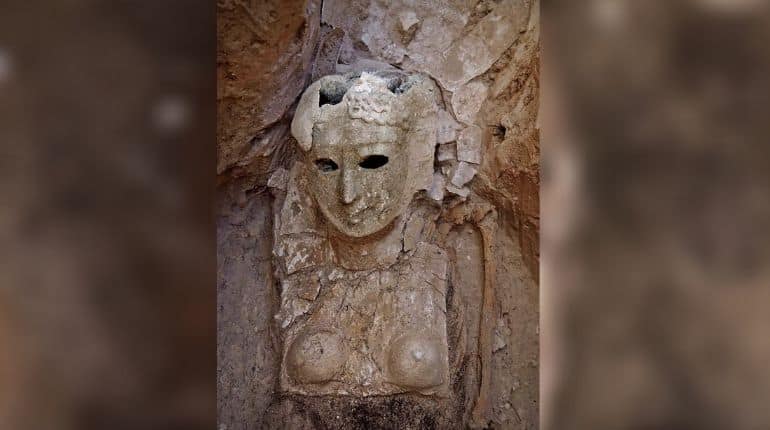 A handout picture released by the Egyptian Ministry of Tourism and Antiquities on January 29, 2021 shows the remains of a cartonnage that encased a female mummy found in the tombs uncovered at the Taposiris Magna Temple in western Alexandria. | AFP

Researchers found tombs that contained several mummies in "poorly preserved" condition. The astonishing detail about this discovery is the gold amulets in the shape of tongues found in the mouths of these mummies.

The ministry claims that the gold amulets were placed in the mouths of the dead to allow them to speak in the afterlife. 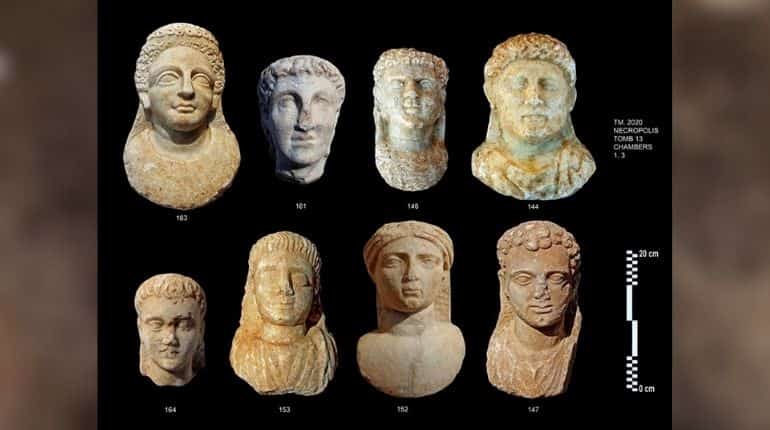 Out of these, two mummies were of special interest to the researchers, as stated by the mission chief Kathleen Martinez. One of the mummies was decorated the effigy of Osiris, who is the Egyptian god of death and the underworld. This mummy had bandages and parts of cardboard with layers of glue.

The team had been working in Alexandria for many years, and were searching were the legendary Ptolemaic Queen Cleopatra, but scientists are wary of finding the remains in the area.

The Ptolemaic dynasty is from Greece, and ruled Egypt between 323 and 30 BC. After this, Egypt was under Roman rule, with Cleopatra as the last ruler of the pharaonic dynasty