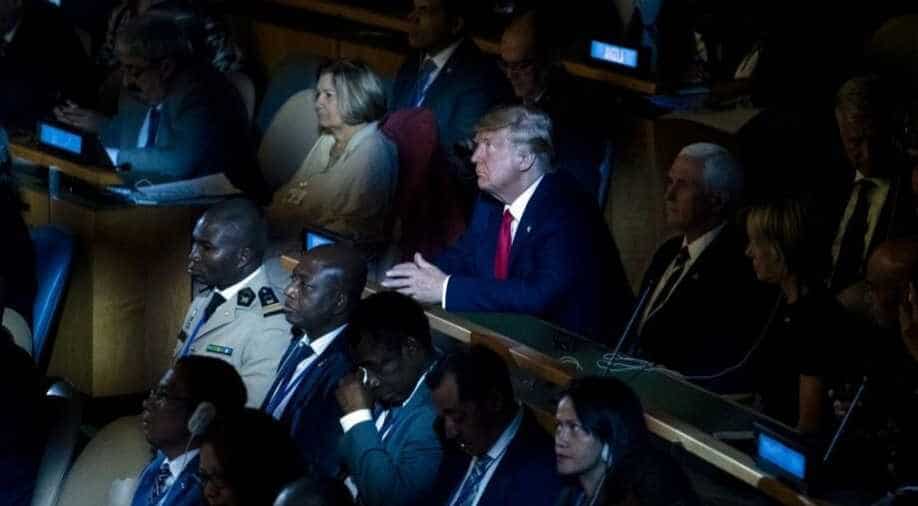 Trump spent a few minutes in the hall of the General Assembly where he applauded Indian Prime Minister Narendra Modi's speech then left.

In a surprising turn of events, President Donald Trump made a brief unscheduled appearance on Monday at the United Nations climate summit, which he had been expected to skip entirely.

Trump, who has repeatedly expressed doubt about the overwhelming scientific consensus on manmade causes of global warming, spent a few minutes in the hall of the General Assembly where he applauded Indian Prime Minister Narendra Modi's speech, then left.

Dozens of world leaders were discussing measures to try and slow down ever-more dangerous trends in climate change. Trump, who withdrew the United States from a major international pact on reducing greenhouse gas outputs, did not speak.

Earlier, opening the summit, Secretary-General Antonio Guterres said, "The climate emergency is a race we are losing, but it is a race we can win."

French President Emmanuel Macron invited his counterparts from Chile, Colombia and Bolivia to a meeting where $500 million in extra funds were pledged by the World Bank, Inter-American Development Bank, and non-profit Conservation International to protect the world's rainforests.

Fewer than half the 136 heads of government or state in New York this week to attend the UN General Assembly will be present Monday.